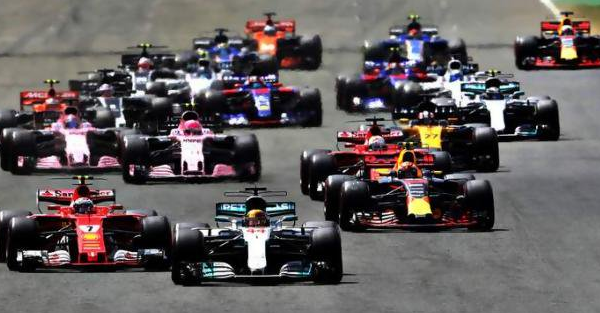 Formula 1 is not letting up.

Just one day after word broke that the racing series is opening an office in New York City to snag partnerships, word now comes that F1 has signed a major and new broadcast deal.

F1 has signed a multi-year deal  to show its races on ESPN, ESPN 2, ABC-T, and on digital channels, ESPN announced in a press release on its website.

NBC-TV has an agreement to broadcast F1 races, but announced it wouldn’t renew its agreement because of what appears to be a disagreement over broadcast platforms. F1 wants to distribute races direct to consumers — a la Netflix — but NBC balked, seeing that as competition. NBC, in a statement on its website, said:

?Although we take great pride in having grown Formula One?s visibility and viewership since we became its exclusive U.S. media rights holder in 2013, this will be our last season with the series. In this case, we chose not to enter into a new agreement in which the rights holder itself competes with us and our distribution partners. We wish the new owners of F1 well.?

That’s a big loss for NBC because F1 races — unlike NASCAR — have been growing audience. And in this case, F1 will be on the dominate sports channel and an over-the-air network; NASCAR is often relegated to NBCSN, which doesn’t have the name recognition or clout of the ESPN brands.

According to USATODAY, F1 viewership is up 13 percent this year. Just this year, Monaco was it’s second-most watched F1 race ever, attracting and average of  1.444 million viewers.

Now, the Disney-owned networks in the ESPN family and on ABC will broadcast 21 races, starting with the Australian Grand Prix in March and ending with the Abu Dhabi Grand Prix in November. When including practices and qualifying, the channels will add 125 hours of programming to its existing lineup.

?ESPN has had a long commitment to motorsports, and Formula 1 is a crown jewel in the sport,?  Burke Magnus, ESPN executive vice president of programming & scheduling, said in the ESPN release. ?There are many passionate Formula 1 fans in the U.S. and we look forward to bringing the pageantry, spectacle and excitement of F1 to viewers across the ESPN platform.?

The European motor sport is making its way to the United States in a big way. It’s opening an office in New York City and is going after sponsors in several sectors, including financial, telecom, insurance, spirits and apparel.

For example, the New York Times has written that F1 is the pinnacle of the racing world. It’s story noted that while television viewership is down, it’s still a dominant force in broadcasting, with some 115 broadcast partners in 150 countries. F1 tends to crush the competition in Europe, the report noted.

F1 is also making changes that will make it faster and louder, changes the fans have asked for.

Contrast that to NASCAR, which has been suffering from declining ratings and is having a very hard time with sponsorship. Monster Energy is debating whether to extend it’s deal with the sport’s primary sponsor, and several teams — most notably, Richard Petty Motorsports — has lost sponsorship dollars that throw their plans for 2018 in turmoil.