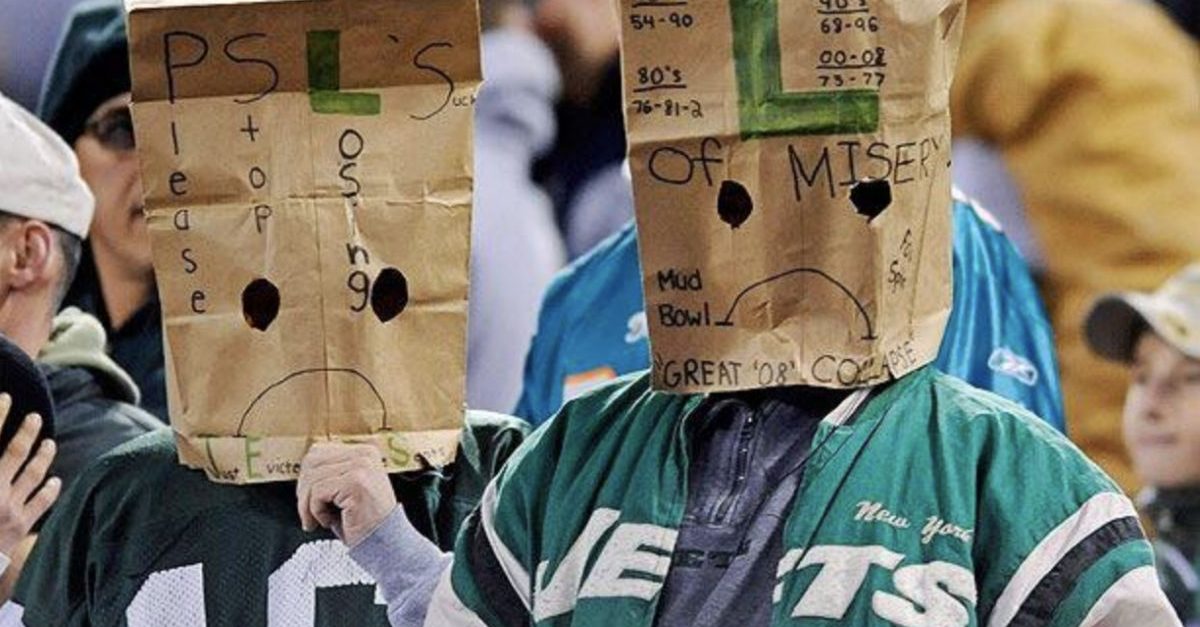 WAYNE, N.J. (AP) — Authorities say a pro football fan charged with drunken driving after a crash told police he drank too much because his favorite team isn’t any good.

Wayne police say 57-year-old Christopher Greyshock, of West Milford, was charged after he rear-ended another vehicle about 5:15 p.m. Sunday. The crash came about an hour after his team, the New York Jets, lost 41-10 to the Buffalo Bills.

Authorities say Greyshock told responding officers: “I drank too much because the Jets suck.”

Police say Greyshock had an open bottle of whiskey and suspected marijuana in his car. Besides the DWI count, he was also charged with assault by auto.

A telephone number for Greyshock could not be located Wednesday. It wasn’t known if he’s retained an attorney.