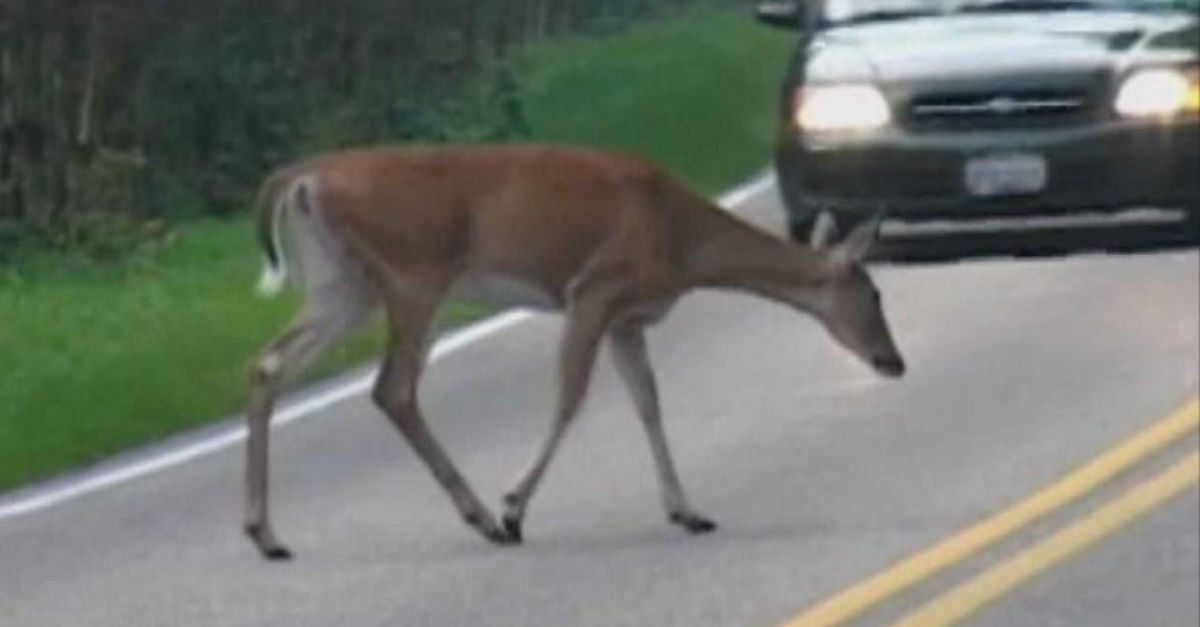 CONNOQUENESSING, Pa. (AP) ? State police say a deer struck by a car in western Pennsylvania went airborne and through the windshield of an SUV, killing an Ohio man driving the SUV.

The crash occurred shortly after 4 p.m. Sunday on Route 68 in Connoquenessing.

Authorities say 53-year-old Anthony McCoppin, of Blawnox, was driving eastbound when he hit the deer. The animal went airborne, directly into the path of the westbound SUV driven by 73-year-old Michael Modjallal, 73, of Akron, Ohio.

The deer hit the upper windshield of Modjallal?s SUV and went into the vehicle, causing fatal injuries to Modjallal. A passenger in his SUV, 70-year-old Lucia Modjallal of Akron, was hospitalized with undisclosed injuries.

The crash remains under investigation.

Read More: This Deer Caught Some Serious Air When It Got Nailed by a VW Beetle