Dale Earnhardt Jr.’s Plane Missed Cars By ‘the Grace of the Good Lord’ 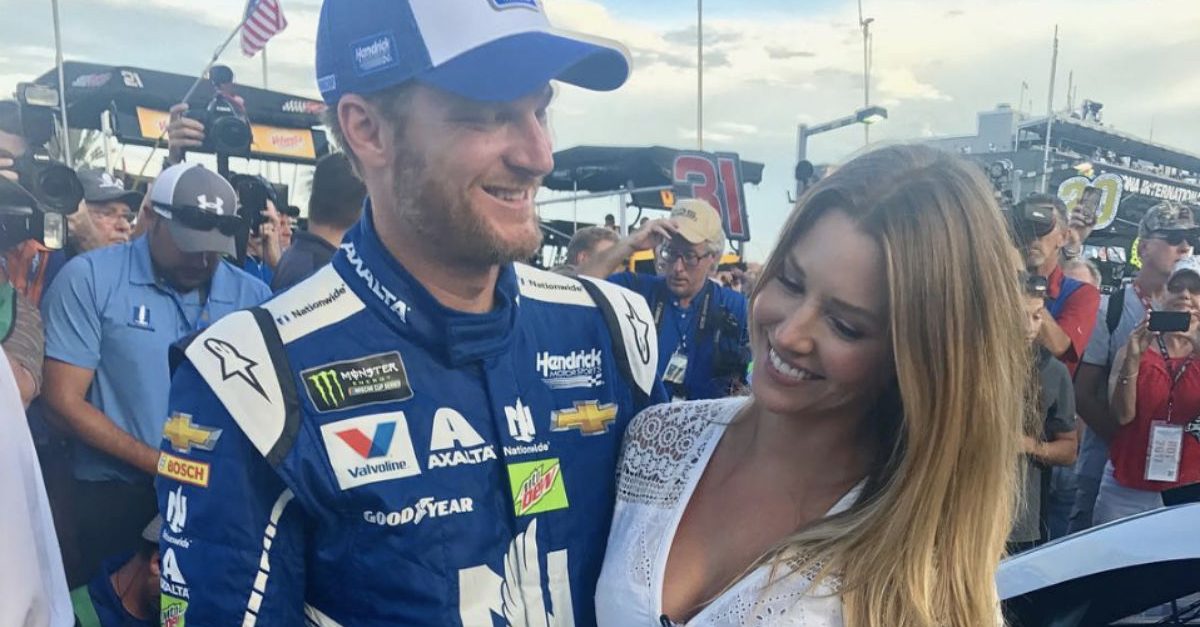 ELIZABETHTON, Tenn. (AP) ? Investigators say the plane carrying NASCAR great Dale Earnhardt Jr. and his family bounced, veered off the runway and ended up on a highway during a crash landing.

Elizabethton Police Chief Jason Shaw said at a news conference Friday “it’s just the grace of the good Lord that a vehicle didn’t get struck by the plane.”

National Transportation Safety Board investigators obtained surveillance video that included footage of the crash. They plan to issue a preliminary report in about a week.

NBC Sports says all five people aboard were safe. Earnhardt was to be part of the network’s broadcast crew for Saturday’s Cup Series race at Bristol Motor Speedway. He decided after the crash to take the weekend off to be with his family.

The update above was provided by the Associated Press. The original story below was published on August 15, 2019 and written by Shannon Ratliff.

A harrowing day for the Dale Earnhardt Jr. and family is unfolding as reports confirm that NASCAR driver and family, wife Amy and 1-year-old Isla Earnhardt, were in a plane crash in Elizabethton, Tennessee. The town is in eastern Tennessee and the crash happened when the plane rolled off the end of a runway at Elizabethton Municipal Airport. The retired NASCAR driver’s family is just fine and from the first reports, were taken to the local hospital to ensure there were no serious unseen injuries. The private plane was a Cessna Citation.

Highway 91 was closed for a period of time while emergency crews tended to the small plane as it caught fire at the end of the runway at Elizabethton airport, as noted by the Carter County Sheriff’s Office. Airport manager Dan Cogan confirmed to local outlets that all passengers made it out of the plane. Kelley Earnhardt, Dale Jr.’s sister, confirmed that the family was just fine via Twitter,

“I can confirm Dale, Amy & Isla along with his two pilots were involved in a crash in Bristol TN this afternoon. Everyone is safe and has been taken to the hospital for further evaluation. We have no further information at this time. Thank you for understanding.”

I can confirm Dale, Amy & Isla along with his two pilots were involved in a crash in Bristol TN this afternoon. Everyone is safe and has been taken to the hospital for further evaluation. We have no further information at this time. Thank you for your understanding.

While there’s no current information on what caused the fiery plane crash, it’s always nice to hear from the family, in this case Earnhardt’s sister, right away to stop worry. There will definitely be more information as this breaking news develops. Can you imagine!

It’s moments like these that make you grateful for your commute, no matter how congested it is, because it could always be worse. It could look like this.

NEW: Video shows thick, black smoke rising from the site of a small plane crash that was carrying Dale Earnhardt, Jr. and his family. Everyone on board, including Earnhardt, escaped the wreck, said the local sheriff. https://t.co/2nqljR6C5C pic.twitter.com/noizctpZVk

Stay safe out there, everyone! Wishing the Earndharts safe travel moving forward, what a terrible experience. Thank goodness toddler Isla is okay and everyone aboard was able to exit safely.

Watch: Yes, Dale Sr. Hung out of His Car Mid-Race