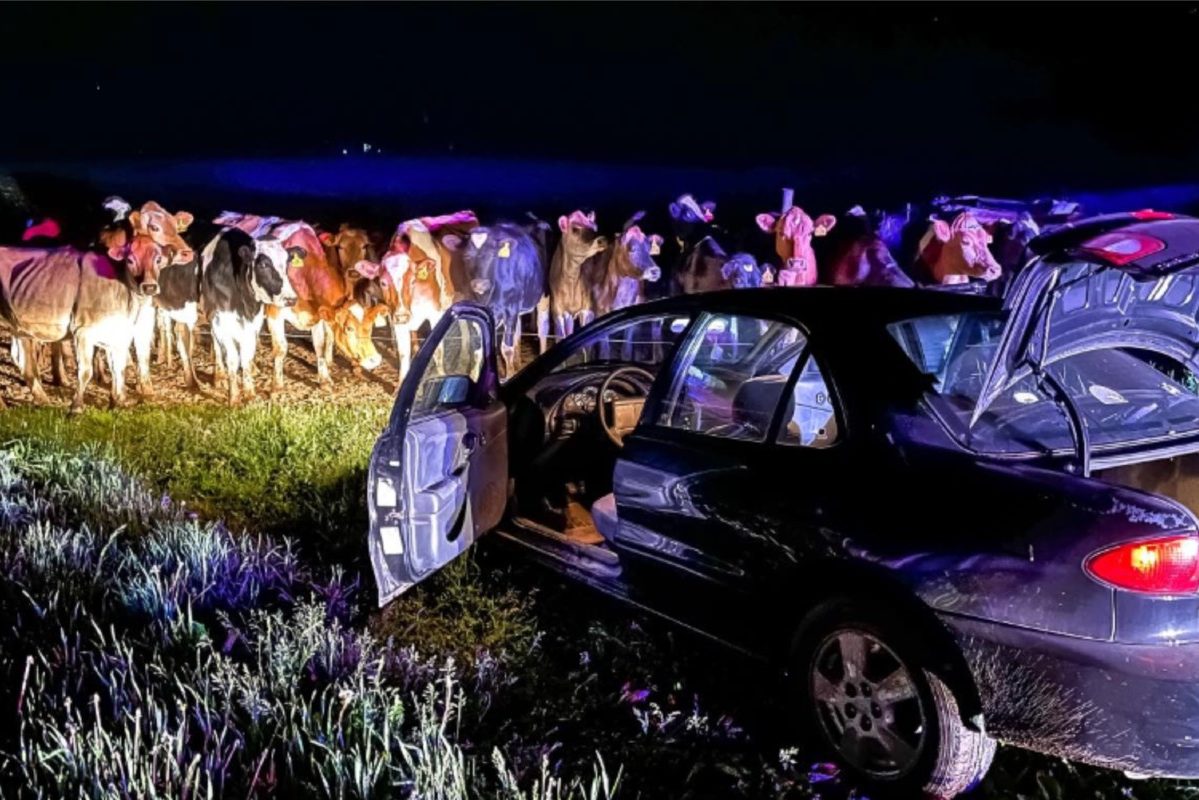 Now, I’m not too sure what the rules and regulations are when it comes to deputizing farm animals, but these cows from Barron County, Wisconsin deserve honorary badges of some sort. In the early hours of Tuesday morning, the heroic herd surrounded a car that was involved in a 13-mile chase with law enforcement.

According to Barron County Sheriff Chris Fitzgerald, the chase ended in a field and the male driver of the eluding Chevrolet Cavalier was arrested “without incident.” It was at that moment, Fitzgerald said, when “cows came and surrounded the car.” You can’t make this stuff up!

Thankfully, someone captured a picture of the animal-led act of vigilante justice, and it was posted on the Facebook page for the Barron County Sheriff’s Department.

Read More: Cow Enjoys Fun Ride in the Backseat of a Pickup

The Sheriff?s Department assisted Barron PD tonight with a pursuit that went approximately 13 miles between Barron and Cumberland. It ended on a farm and we would be remiss if we didn?t thank the Barron County Bovine Unit for jumping into the fray when the vehicle came into their patrol area.

That little Cavalier that could during the chase ran out of steam encountering this moooving blockade. Job well done tonight crew.

Thankful to say no humans nor cattle were injured during this incident and the driver is in lockup for the night. Another happy ending.

As Sheriff Fitzgerald also pointed out, the post-chase incident went down at a pretty opportune time, all things considered.

“We thought it was a good kickoff to June Dairy Month,” Fitzgerald said. Hey, I can’t think of a much better kickoff than that. These cows really figured out how to…milk a potentially serious situation into a good PR opportunity.