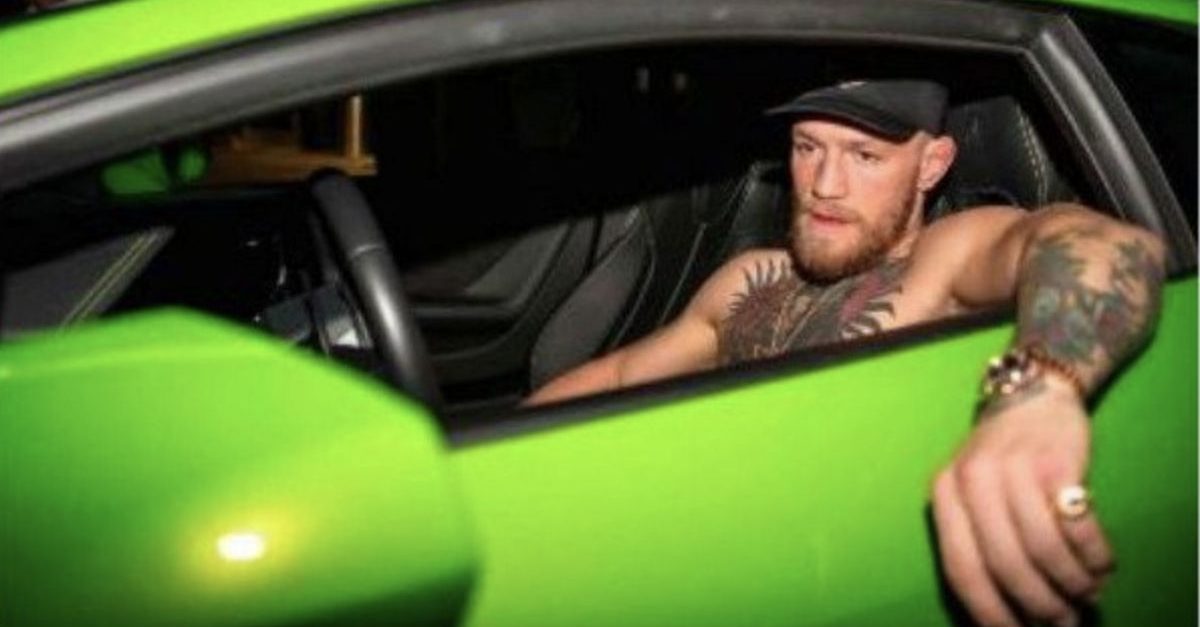 That’s what Irish Ultimate Fighting Championship (UFC) star Conor McGregor had to say after getting hit with a six-month driving ban and a €1000 ($1128.09) fine following a Kildare, Ireland speeding incident on October 11, 2017.

The former featherweight and lightweight champion was handed the sentence by Judge Desmond Zaidan Wednesday, after he appeared in court for charges of speeding, driving without a license, failing to produce a license at the scene, and failing to produce a license at a police station. The last three charges ended up getting withdrawn after the mixed martial arts expert pleaded guilty to driving 154 km/h (95 MPH) in a 100 km/h (60 MPH) zone.

When taking the stand during his hearing, McGregor, whose last UFC fight at UFC 229 against Khabib Nurmagomedov ended in a fourth round submission loss, simply said, “I didn’t realize I was going that fast.” With a reputation for being particularly brash and outspoken, McGregor was apparently apologetic throughout the court proceedings, with Sgt. Michael Keevans adding that McGregor was particularly polite when he was pulled over back in 2017.

Known as “The Notorious” as a UFC fighter, it turns out that McGregor is also notorious for racking up a number of road traffic convictions, having 12 previous convictions dating back over 10 years. These convictions include breaking a red light, driving while holding a mobile phone, driving in a bus lane, and, not all that shockingly, speeding. He has also received a six-month driving ban before.

From his cutthroat matchups against Nate Diaz to his overly hyped bout with boxing great Floyd Mayweather, Conor McGregor has had a number of tough fights in his career. But, it looks like his struggle with traffic laws could present his biggest challenge yet.