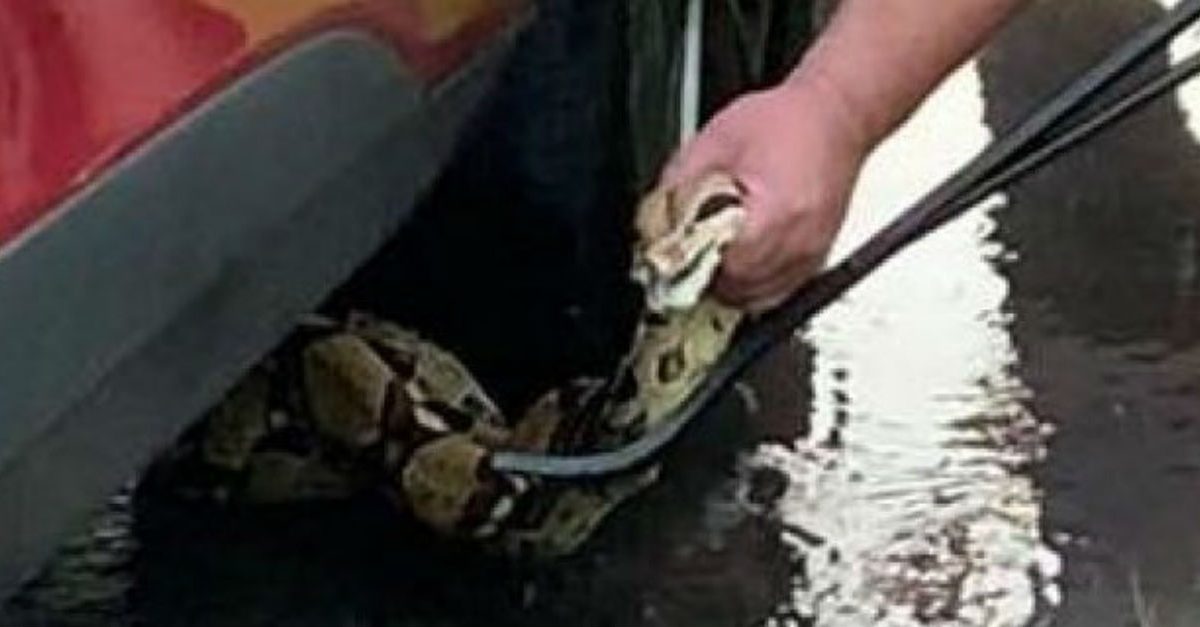 EAST WINDSOR, Conn. (AP) ? Police and bystanders teamed up to rescue a 6-foot-long (1.8-meter-long) snake that had wrapped itself around the engine block of a car in Connecticut.

East Windsor police say the reptile had to be removed from a resident?s vehicle on Thursday.

Police wrote in Facebook post that it ?was not exactly the call? they were expecting on the July Fourth holiday. Later, they said: ?This may surprise you but we, the police, are not normally in the business of wrangling snakes.?

The reptile was put in a crate and will be turned over to a nature center.

Police said the snake might have been a boa constrictor and speculated that it was an escaped pet. They tried calling an animal control officer or another expert, but none were available because of the holiday.

Read More: This Sneaky Snake Tried Pulling a Fast One on Chicago-Area Cops