More than 150,000 family favorite cars being recalled due to worrisome malfunction 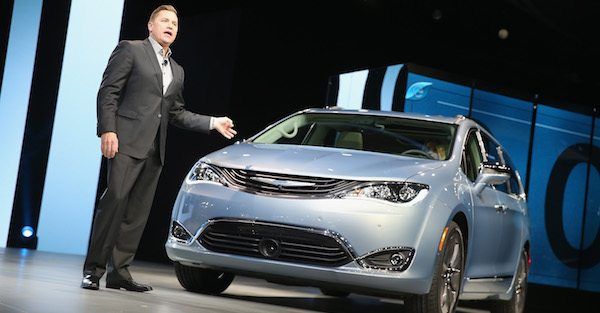 Over 162,000 Chrysler Pacifica minivans are being recalled due a software issue that is causing engines to stall.

A statement from Fiat-Chrysler stated that there has been one accident possibly related to the issue.

“An investigation by FCA US has discovered that under a rare set of conditions, a vehicle?s engine control module (ECM) may incorrectly assess the engine?s operating status. If this occurs, the engine may stall.

“Most such events known to FCA US reportedly occurred at idle or while starting, turning, or driving at low, steady speeds. Further, most were singular events that occurred over thousands of miles of travel, and customers were able to restart their vehicles immediately afterward.”

Center for Auto Safety executive director Jason Levine said in a statement that he’s pleased the company made the decision to recall the vehicles to fix the issue.

“Following the Center for Auto Safety?s petition in November, we are pleased to see Chrysler respond appropriately by conducting a full recall of the Pacifica Minivans,” Levine said via The Drive. “We look forward to seeing Chrysler undertake a model recall by rapidly contacting all affected owners to ensure this remedy is applied to every single vehicle before this defect results in a serious injury or death.”

The Pacific is a popular minivan choice, and it was recently named to the 10 Best Trucks and SUVs list by Car and Driver.

For the second consecutive year, the @Chrysler #Pacifica has been named to @CARandDRIVER’s 10Best Trucks and SUVs list: https://t.co/gTnTvYAzwx pic.twitter.com/Mme0uHfNLp

Hopefully the company can fix the glitch quickly and no more problems arise after the issue is corrected.