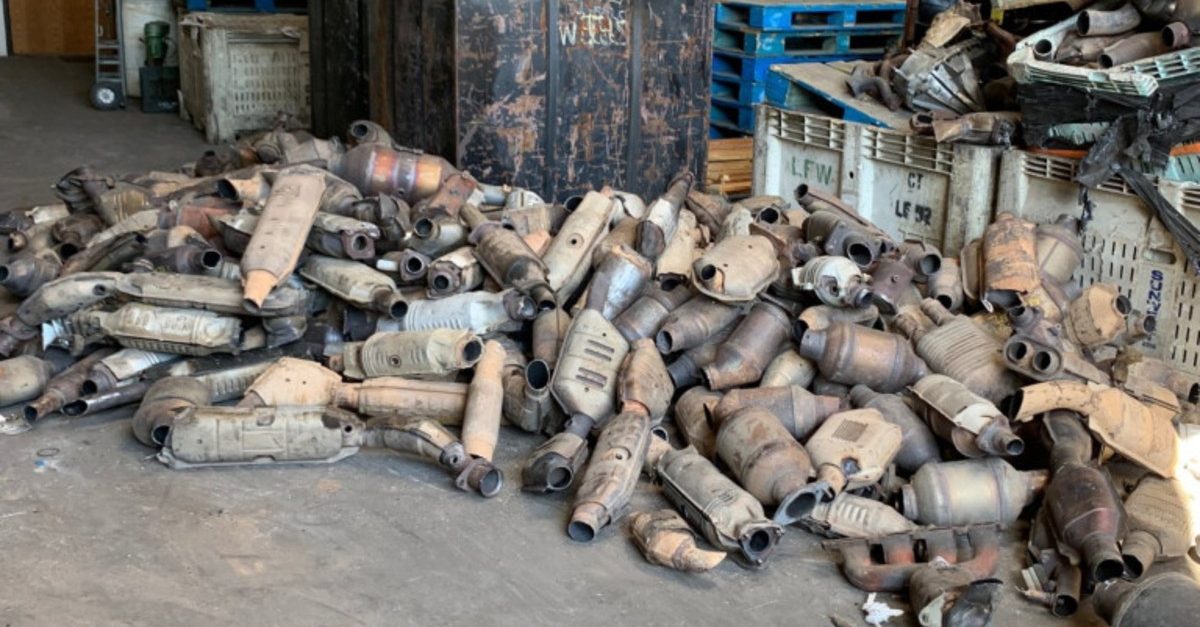 We don’t often cover gearhead-based crime here on Alt_driver, but the massive garage bust that went down Elk Grove, California earlier this week is just too wild to not talk about.

“This is huge because at this point wherever the money and parts were located obviously there are going to people that are tied to those locations,” Deputy Zaheem Buksh said. “With surveillance we can hopefully keep working this investigation and find out what type of people were involved.”

Buksh added, “As long as I have been a cop, I haven’t seen this many located in one location. Hopefully, once we start processing the evidence, maybe we can find some identifying marks to specify where these catalytic converters came from.”

Read More: 2 Montana Men Were Test Driving a Pickup When They Decided They’d Rather Steal It

According to Moe Abdo, the owner of Loyal Towing, around 25% of his business comes from customers who are victims of theft.

“At least twice a day we are being called out, we are for sure going to get catalytic converters,” Abdo said. “Some days we will get six, seven of them.”

A catalytic converter can cost anywhere from $900 to $2,500 to replace, making them extremely sought after by thieves, who often sell them for cash. Interestingly enough, according to Abdo, most of the calls Loyal Towing has been getting regarding stolen catalytic converters are from Toyota Prius owners.

“Prius contain more materials inside that catalytic converter than any other vehicles, and they are so quick to take them,” Abdo said.

As for the ongoing case surrounding the garage bust, police are still looking for the suspects.