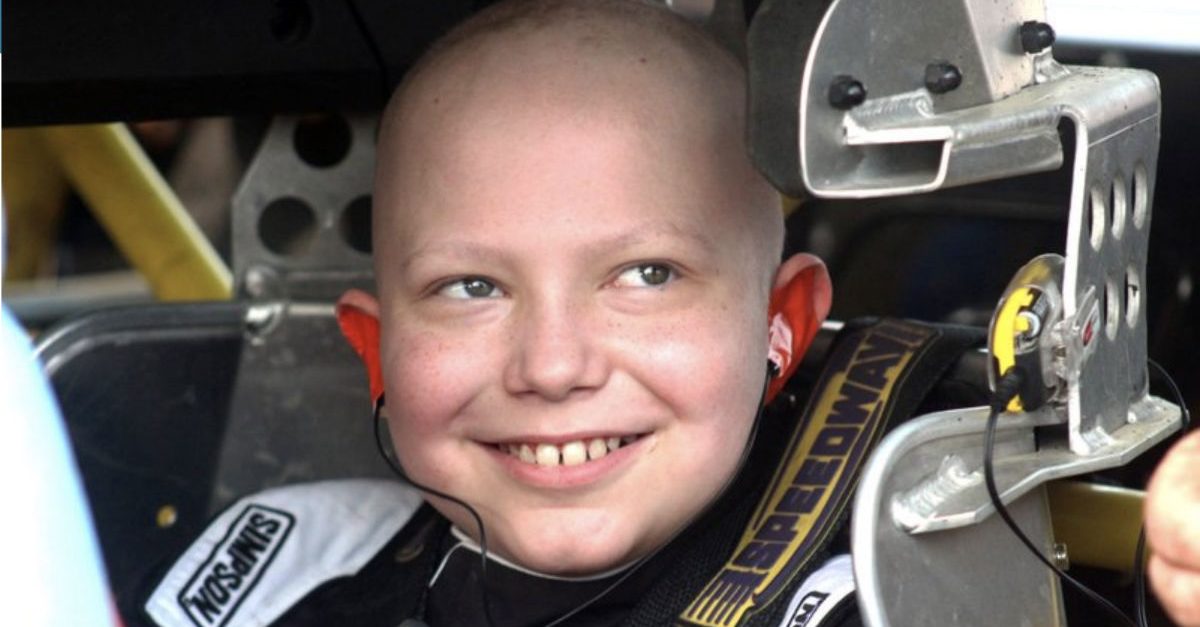 OSKALOOSA, Iowa (AP) ? Race drivers and others have been answering the call from an 11-year-old Iowa boy who wants racing stickers to cover his casket after he dies from leukemia.

Caleb Hammond?s uncle, Chris Playle, told The Des Moines Register that his family brought him home to Oskaloosa, about 55 miles southeast of Des Moines, after determining the painful treatments he?d been undergoing at a Des Moines hospital weren?t working and other options offered little hope. Playle says Caleb?s been home for about three weeks doing things an 11-year-old normally does, but that he tires easily.

So sad to hear this…. stay strong Caleb! Please join in the efforts to fullfill Calebs wishes! Share this with anyone and everyone you know in the industry to help the Hammond family! Keeping your family in our prayers🙏https://t.co/Zl1jpugjv2

Caleb has loved auto racing since the age of 2, when he started visiting his uncle at his home near the Southern Iowa Speedway in Oskaloosa. The two would watch as drivers parked their cars on the street before the track opened and then would head to the stands to see the colorful cars race around the speedway.

We had the pleasure of meeting Caleb a few weeks ago in Oskaloosa, Iowa. He's been loaded up with TSR decals and presented the @SageFruit Challenge trophy on Aug. 6th. Such a special kid!

?He?s my racing buddy. It was kind of our deal,? Playle said. ?I probably had just as much fun as he did.?

His passion for racing is what prompted the request for stickers. Playle said the stickers have been pouring in after social media appeals, helping to keep everyone?s spirits up.

Playle said the family is ?just trying to do as much as we can with him while he?s here.?

Caleb?s got to experience racing first-hand on Saturday when he suited up in driving gear and sped around a dirt track in a stock car designed for children. A 12-year-old racer sat beside Caleb to help him learn to work the stick-shift and navigate the track.

Yesterday I saw a community come together to put a smile on a kid’s face. 11-year-old Caleb Hammond is dealing with leukemia that has become too aggressive to treat, but yesterday morning he had a chance to forget about that for a while and get behind the wheel of a race car. pic.twitter.com/DyqTOEn1QF

Caleb?s father, John Hammond, told The Oskaloosa Herald that the entire family had been looking forward to the racing.

?A goal of his was to be able to drive a race car when he got older,? Hammond said. ?It?s like a dream come true.?

Read More: A Teen Driver Raises Money to Fight Cancer and Honors Victims and Survivors in a Unique Way