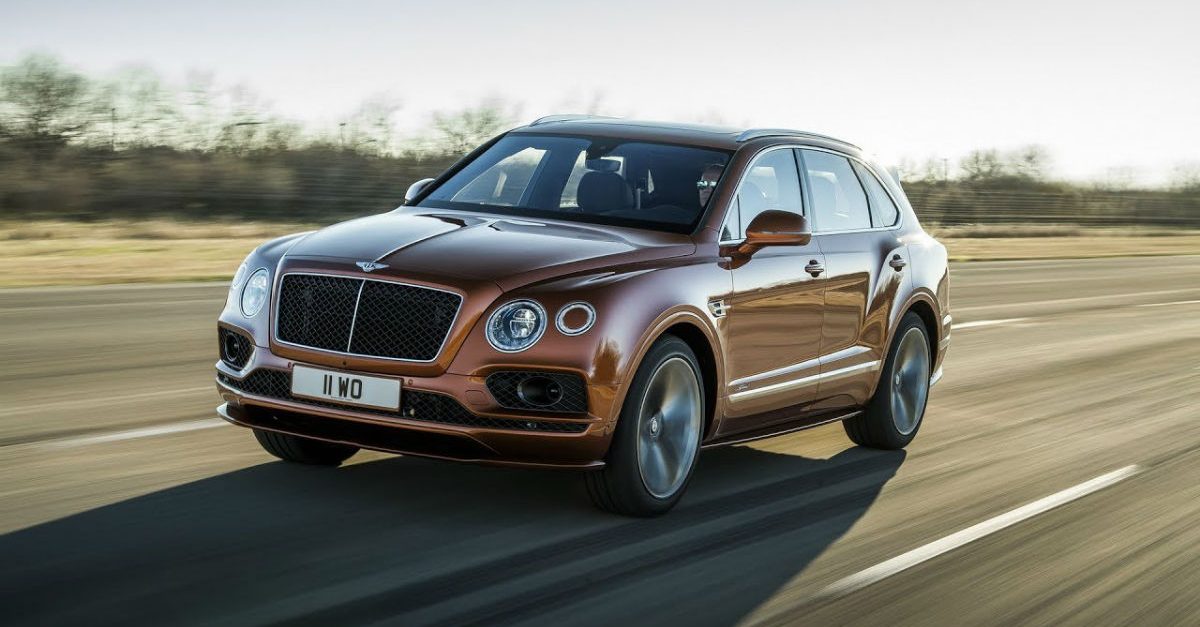 The Lamborghini Urus had a good year-long run as the world’s fastest SUV, but it looks like the the Bentley Bentayga Speed is the new king on campus. Reaching a top speed of 190 MPH back in early February, the twin-turbo Bentley SUV JUST beat out the Urus by 0.5 MPH. Hey, a win’s a win.

The battle between Bentley and Lamborghini over the world’s fastest production SUV title has been going on since 2016, when Bentley touted the Bentayga Speed as the fastest luxury SUV with a top speed of 187 MPH. The next year, Lamborghini stole the crown with a top speed of 189.5 MPH. Due to a little bit of under-the-hood tweaking, the Bentayga Speed’s 6.0-liter W12 engine can crank out a whopping 626 horsepower and 664 lb-ft of torque. This was just enough to squeeze out those extra miles.

The Urus does still have a quicker 0-62 MPH time, getting there in 3.6 seconds, while it takes the Bentayga Speed 3.9 seconds.

Now, when compared to the regular Bentayga, the high-performance Bentayga Speed is equipped with updated suspension and exhaust tuning as well as a bigger rear spoiler and new 22-inch wheels. With the option to get carbon-ceramic brakes, the Bentyaga Speed also comes with a number of sweet design changes, including dark-tint headlights, a tailgate spoiler, and bumper grilles body-colored side skirts.

Bentayga Speed, the fastest SUV in the world and the most powerful Bentayga yet, has arrived! Our most performance-focused Bentayga offers customers a truly exhilarating experience across every landscape, achieved by a seamless combination of class-leading power, technology and refinement. #BentleyBeverlyHills #OGaraCoach #CuratorsOfTheExtraordinary #BentleyBentaygaSpeed #BentleyBentayga #Bentley #BentaygaSpeed #BeverlyHills #California #OnlyTheBest

Oh, and Bentley also equipped the Bentayga Speed with four driving modes, including a Sport mode that leads to a heightened response from the W12 engine and the eight-speed automatic transmission. When it comes to powerful and luxurious SUVs (the high-class interior styling including Alcantara leather doesn’t hurt either), it’s tough to top what Bentley’s putting out with the Bentayga Speed. Now, if only we could test drive this bad boy ourselves.

Read More: The Land Rover Defender Is Going Back to Its American Roots in 2020