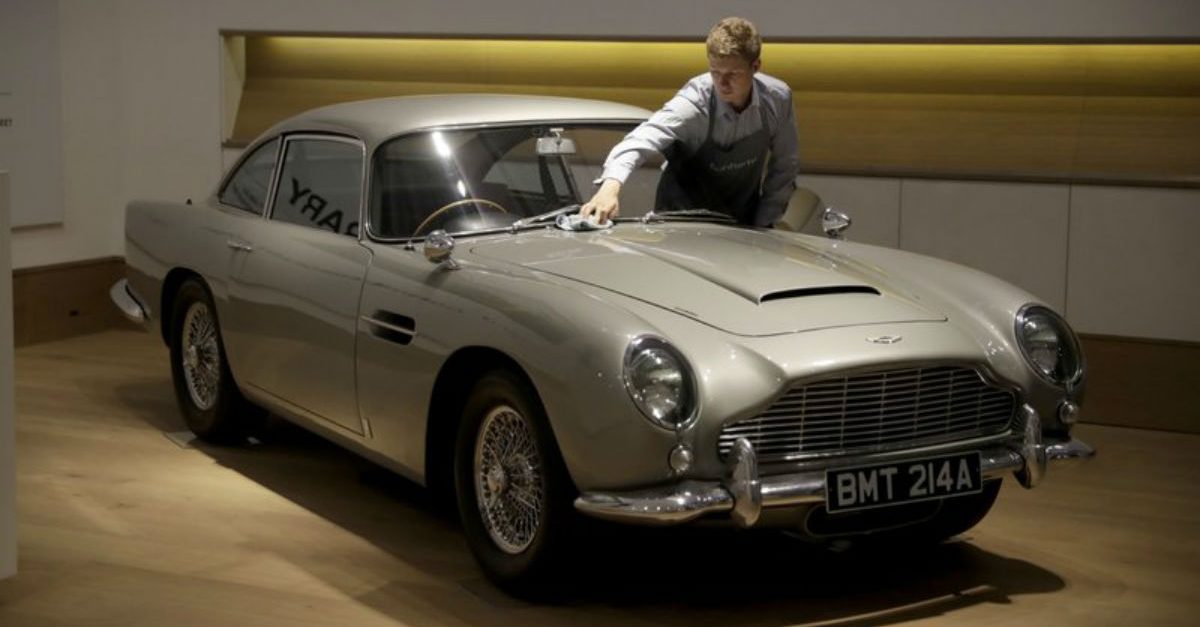 LONDON (AP) ? Aston Martin, the maker of James Bond?s favorite sports car, said Wednesday it may sell shares for the first time as it seeks to attract more wealthy buyers with an expanded product range including sedans, sports utility vehicles and even submarines.

The company said it will sell at least 25 percent of Aston Martin?s shares if it decides to go forward with an initial public offering on the London Stock Exchange. Details of the IPO would be published around Sept. 20.

Chief Executive Andy Palmer said the potential IPO ?represents a key milestone in the history of the company.?

Laith Khalaf, an analyst with Hargreaves Lansdown, said the expected value of the company could put it near the top end of the FTSE 250 index of mid-sized U.K. companies.

Noting that when Ferrari floated in 2015 it took the stock ticker RACE, Khalaf quipped that Aston Martin should go for ?007.?

?There are few people who wouldn?t want an Aston Martin on their drive, and even fewer who can afford one,? he wrote to investors.

?However this stock market float allows investors to buy into a little of the glamour of Aston Martin, without getting a second mortgage.?

But he added that potential investors should ?concentrate on the company?s financial prospects and not to get carried away by the brand.?