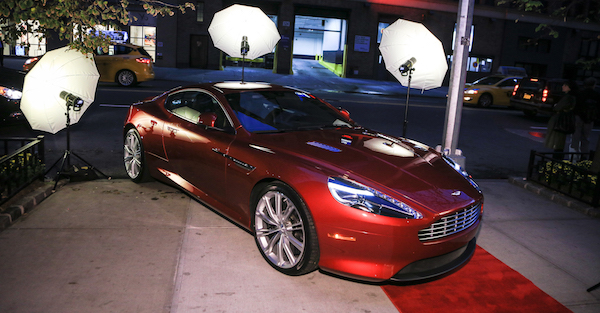 If you’re lucky enough to have an Aston Martin, they might be asking for it back in the near future.

According to Automobile News, the luxury British car manufacturer is recalling over 5,000 cars made from 2009 to 2016 for transmission problems that can the transmission park not to engage. So, if the transmission is in park but the parking brake isn’t on, the car could roll away, according to the National Highway Traffic Safety Administration.

“If the park pawl does not engage and the vehicle is stopped on a slope and exited without the parking brake being applied, the vehicle may unexpectedly roll, increasing the risk of a crash,” said the NHTSA.

There are also 1,953 DBS and DB9s being recalled for a risk of fire if the battery cables are damaged, according to The Drive.

Considering Aston Martin only made 3,600 cars total last year, a recall of over 5,000 cars in the United States alone is a really big deal.

Aston Martin still makes one of the best products of any manufacturer in the world, so it’s not like the world is coming to an end.

The recall won’t stop James Bond from driving one in the follow up to Skyfall, but it certainly is an issue they’ll work quickly to correct.