Oscar Mayer Wienermobile Pulled Over in Wisconsin for Hogging Road 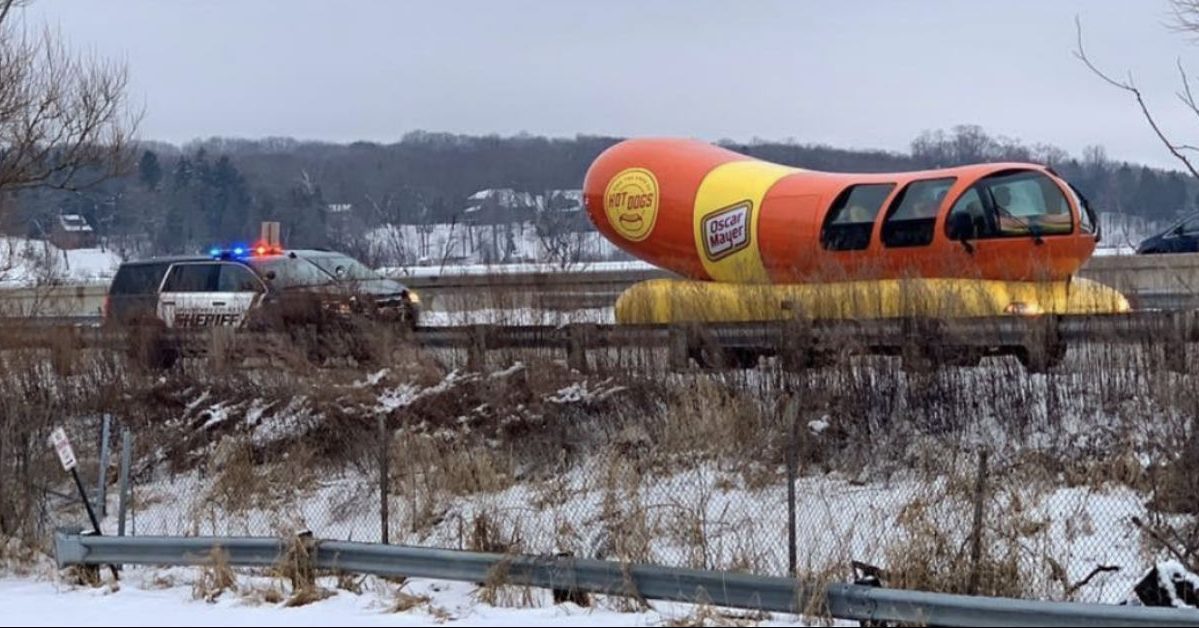 WAUKESHA, Wis. (AP) ? Oscar Mayer?s iconic Wienermobile got a grilling from a Wisconsin sheriff?s deputy because the driver of the giant hot dog failed to give enough room to another car on the road with emergency lights.

The deputy pulled over the Wienermobile and gave the driver a verbal warning for not following the law, the Waukesha Sheriff?s Office said in a tweet posted Monday. It showed a picture of the sheriff?s deputy?s SUV parked behind the Wienermobile with the hashtags, #MoveOver #SlowDown #Wienermobile.

What really happened on that fateful day with the Oscar Mayer Wienermobile?

The driver of the #Wienermobile was stopped & given a verbal warning by a @WaukeshaSheriff for not following the Move Over Law (2001 WI Act 15, WI Statute 346.072)#MoveOver #SlowDown #Wienermobile pic.twitter.com/KHbt9z803X

Traffic laws require vehicles to move out of the lane closest to another car that is on the side of the road with emergency lights flashing.

The first Weinermobile was created in 1936 and it has gone through several iterations since then.