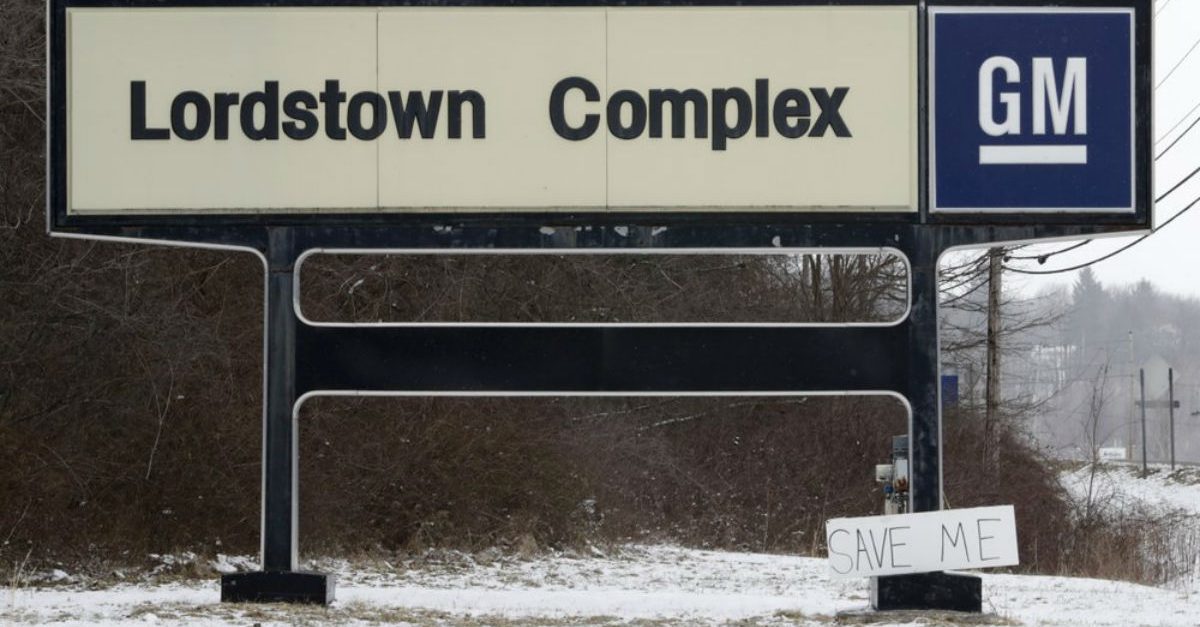 The day Youngstown?s steel mills began shutting down 40 years ago remains fresh in the minds of those who live in the blue-collar corner of Ohio. Community leaders don?t want the recent closing of General Motors? massive assembly plant to leave that same lingering gloom.

The region is embarking on an ambitious plan to become a research and production hub for electric vehicles and carve out a new economy for itself by mixing its industrial past with emerging technology.

There are positive signs already. GM in early December announced it will form a joint venture and hire more than 1,100 people at a new plant that it says will be among the largest electric vehicle battery cell factories in the world. And the Lordstown assembly plant that GM shut down in March has been sold to a newly formed company that intends to begin making electric trucks by late 2020.

But the Youngstown region, which for decades has been a symbol of the American Midwest?s declining industrial might, faces plenty of competition from places like Detroit, Silicon Valley and China ? all of which also are positioning to be centers for electric and autonomous vehicles.

While the electric transformation within the auto industry is just beginning to take shape, it?s clear that fewer workers and factories will be needed to make cars that require fewer parts. Where those next clusters of electric vehicle manufacturing will sprout is yet to be determined.

U.S. Rep. Tim Ryan, a Democrat who represents the Youngstown area, thinks being involved with the development of electric vehicles early on is the best chance his hometown has had in decades to restore what has been lost.

?For a long time in our community, we were chasing smokestacks, chasing things that were on the decline,? he said. ?We?re starting to move in a good direction.?

Economic development leaders point out that the Youngstown area already is home to a electric battery testing lab and business incubators that are focused on energy and additive manufacturing through 3-D printing. Youngstown State University is breaking ground on an advanced manufacturing technology center and wants to play a part in training students to work in the electric vehicle industry.

?We want to take charge of our future. An opportunity like this really plays to our regional strengths,? said Mike Hripko, the university?s associate vice president for economic development and government relations.

For decades now, those in the Mahoning Valley have been counting on ?the next big idea? with investors promising to build factories that would make blimps, commuter airplanes and a new version of the Studebaker. The closing of the GM plant that had been churning out cars for 50 years marked the loss of the biggest manufacturing anchor remaining in what once was Ohio?s industrial core.

It will take more than a battery cell plant for the Youngstown region to become a hub for electric vehicles, said Brett Smith, director of research at the Center for Automotive Research, an industry think tank in Ann Arbor, Michigan.

Technology and research will be centered largely in South Korea, China, Detroit, and California, he said. A big question is whether a place like Ohio that has had a big role in producing traditional engines and transmissions can stake a claim to a new way of making vehicles.

Both GM and Ford Motor Co. announced this year they are investing heavily in their Detroit-area factories, where they plan to build the next generation of electric and autonomous vehicles. Volkswagen is making Tennessee its North American base for electric vehicle production by expanding its plant in Chattanooga.

Where the manufacturing is centered will be determined by a number of factors, Smith said, including logistics, labor contracts, political influences, workforce training and how quickly car buyers embrace electric vehicles. Fully electric vehicles currently make up only 1.5% of U.S. new vehicle sales, and LMC Automotive forecasts that will rise to only 7.5% by the end of the next decade.

?We?re still in the early days of this,? Smith said.

Uncertainty also surrounds what will happen with the former GM assembly plant. It was bought by Lordstown Motors Corp., a new company that wants to begin making electric trucks by late 2020 but also needs more investors before manufacturing can begin.

While the new owner plans to start out with just 400 workers, CEO Steve Burns said he has a much bigger vision that includes bringing in other like-minded companies and becoming a center for electric vehicle production. There?s also talk of potentially building a new generation of mail trucks for the U.S. Postal Service.

?It?s a pretty lofty goal,? Burns said. ?But we didn?t buy this plant not to fill it up and get to full production. We really want to put the area on the map.?