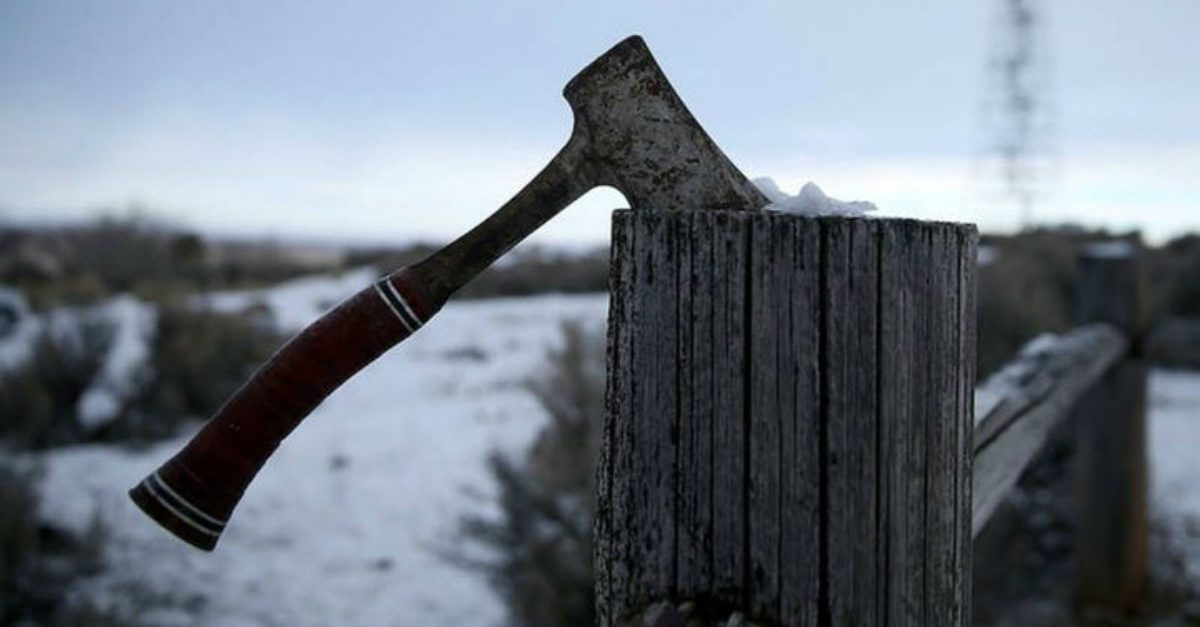 A Madison man wreaked havoc at his house Sunday night by taking an ax to the family car, TV and other items, after he thought his wife damaged his prized action figures.

The man was arrested for domestic related charges of disorderly conduct and damage to property, according to Police Chief Mike Koval who wrote about the incident in his daily blog.

Officers went to the West Side residence at about 10 p.m. Sunday.

Read More: Video Shows Toddler in Car Seat Falling out of Moving Car, and the Mother May be Facing Criminal Charges

?The suspect called 911 himself because of his actions in response to drinking too much and then overreacting when believing his wife had damaged some of his prized property (action figures),? Koval said.

The man got a log-splitting ax, and after his wife left the residence, he destroyed the TV, TV stand, laptop computer and other items in the house.

?He then moved outside and smashed the family car, chopping off both side mirrors and eventually striking the windshield with such force that the ax became stuck,? Koval said.

Arriving officers found the ax sticking out of the windshield.