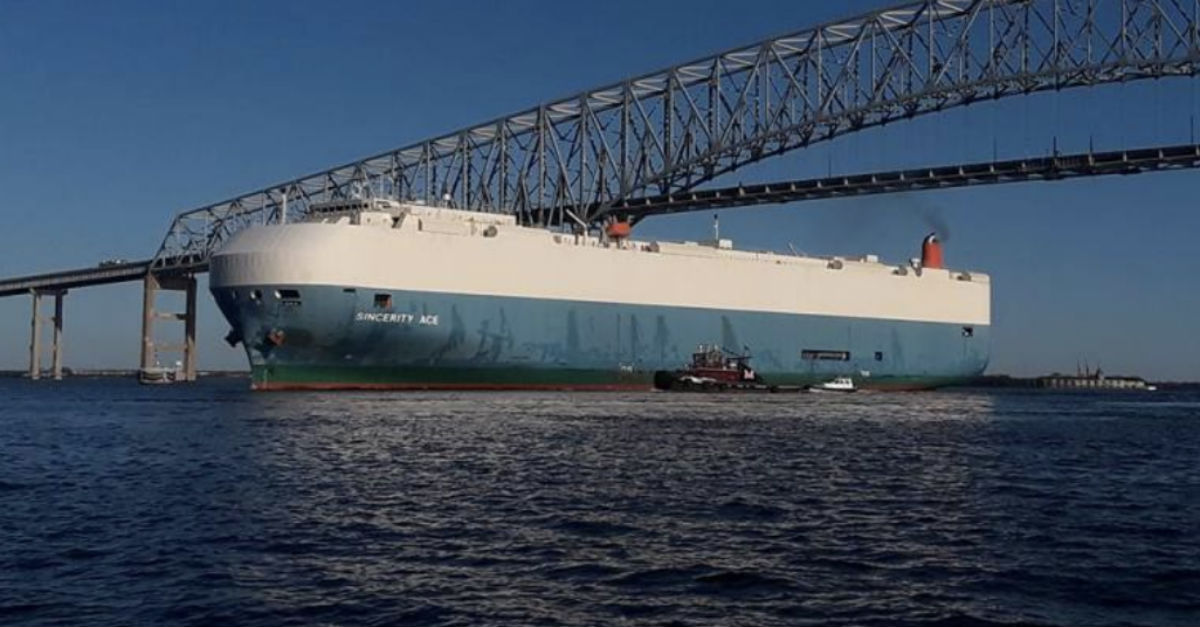 HONOLULU (AP) ? The U.S. Coast Guard on Wednesday suspended its search for a crewmember who abandoned a vessel that caught fire in the Pacific Ocean while carrying cars from Japan to Hawaii.

Sixteen others were rescued, while four crewmembers were listed as unresponsive after rescue ships spotted them and lowered life rings but got no reply.

The Sincerity Ace, a 650-foot (198-meter) car carrier, had 21 crew members on board when the fire started Monday while traveling to Hawaii from Japan.

The U.S. Coast Guard coordinated with merchant ships on the rescue effort as the Sincerity Ace was 2,071 miles (3,333 kilometers) northwest of Honolulu.

The ships were able to rescue 16 of the crew members. The ships also threw down life rings attached to lines to four crewmembers who didn?t pull themselves up to safety.

?If the person in the water can?t grab onto something there?s not much these … vessels can do for them,? said Coast Guard spokesman Petty Officer 3rd Class Matthew West. The lowest deck on some of the massive vessels is 25 feet (7.6 meters) to the water, he explained.

The four were not in life rafts, West said.

Coast Guard and U.S. Navy aircraft are searching a 6,711-mile (10,800-kilometer) area for the missing crewmember, but they don?t have any ability to land, West said. The nearest Coast Guard ships are days away, he said. It?s not clear what plans are in place to retrieve the four who were unresponsive.

The company, based in Imabari, Japan, has dispatched commercial tugs to the vessel, which are estimated to be four-to-five days away, Wilson said.

The cause of the fire was unknown.

Read More: Here?s What Happens When a Massive Cruise Ship Breaks Free and Rams Into a Container Ship