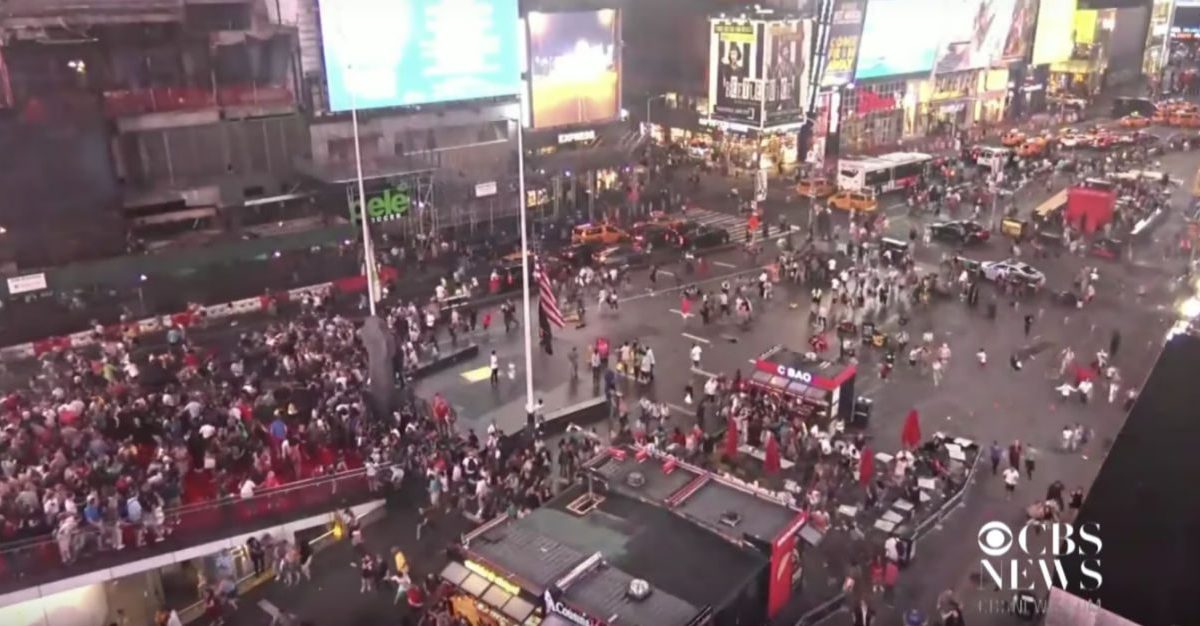 NEW YORK (AP) ? Frantic people scrambled to get out of Times Square, pounding on theater doors to find a place to hide after the loud noise of a motorcycle backfiring caused fear that gunshots were being fired in the wake of mass shootings in other American cities.

The New York Police Department, which said it received multiple 911 calls, took to Twitter to reassure the public: ?There is no #ActiveShooter in #TimesSquare. Motorcycles backfiring while passing through sounded like gun shots,? it tweeted. ?Please don?t panic. The Times Square area is very safe!?

There is no #ActiveShooter in #TimesSquare. Motorcycles backfiring while passing through sounded like gun shots.

But after 31 people were killed in two mass shootings in El Paso, Texas, and Dayton, Ohio, in less than 24 hours over the weekend, the sudden discharge of loud noises Tuesday evening in the midtown Manhattan neighborhood, a major tourist destination and entertainment center, had people screaming as they fled.

Read More: Watch This 1948 Indian Chief Motorcycle Come Back to Life After 40 Years

Video footage showed the throngs rushing out of the area, with some taking cover behind vehicles.

Gideon Glick, an actor in ?To Kill a Mockingbird? at the Shubert Theater, said the show had to be stopped because of the chaos. He wrote on Twitter, ?Screaming civilians tried to storm our theater for safety. The audience started screaming and the cast fled the stage. This is the world we live in. This cannot be our world.?

The Fire Department of New York said nine people were hurt altogether, with six transported to hospitals. Most injuries were minor.