The World’s Longest Motorcycle Looks Like a Pain to Ride 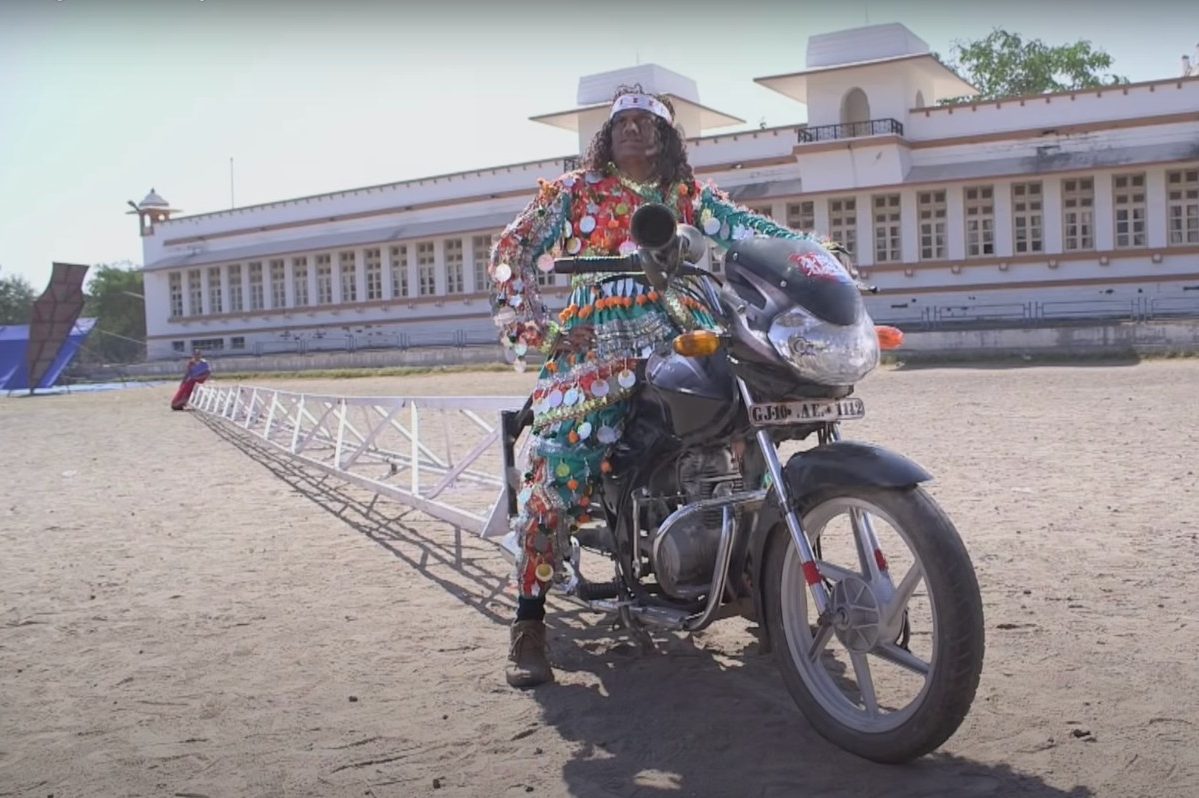 You’ve probably seen those sport bikes riding around with the stretched-out swing arm that makes the bike much longer. Although the longer length might help if you’re drag racing or trying to go fast in a straight line, it does make it a bit more difficult to maneuver around the corners. However, those sport bike riders have nothing on Bharat Sinh Parmar, who claims the Guinness World Record for the world’s longest motorcycle.

The motorbike comes in at a mind blowing 86 feet, 3 inches, and it’s just about as crazy looking as it sounds. The motorcyclist from India broke the previous record, set by Colin Furze with his extended scooter, by 13 feet. Just take a look at how insane this bike is! It almost seems like it would be impossible to ride. It is possible, though, because in order to obtain the motorcycle world record, Bharat had to ride this creation 328 feet on the road without putting his feet down.

I’d give some money to any biker that could actually ride this thing for an extended amount of time. In the Guinness video showcasing the bike, you can see just how difficult it is to move around as they try to get the bike straightened out. It takes a whole crew of people, and turning the handlebars basically does nothing as far as steering. Nevertheless, it’s still a seriously wild creation.

Bharat Sinh Parmar is actually no stranger to the record books. He has worldwide recognition as a record holder for many different objects that he’s custom-made to be unusually large. Some of these include the longest garden rake, longest garden spade, and the longest crutches. Unsurprisingly, he’s a fabricator by day, and he clearly loves to create monstrous projects.

As far as motorcycling, sure, this might not make for the most practical bike, but it does make for a seriously interesting one. I’m kind of curious where you could even store a bike like this. You’d basically need an airplane hanger to have enough space. I’d be extremely impressed if we see anyone else come along with a longer motorcycle, but you never know, crazier things have happened.