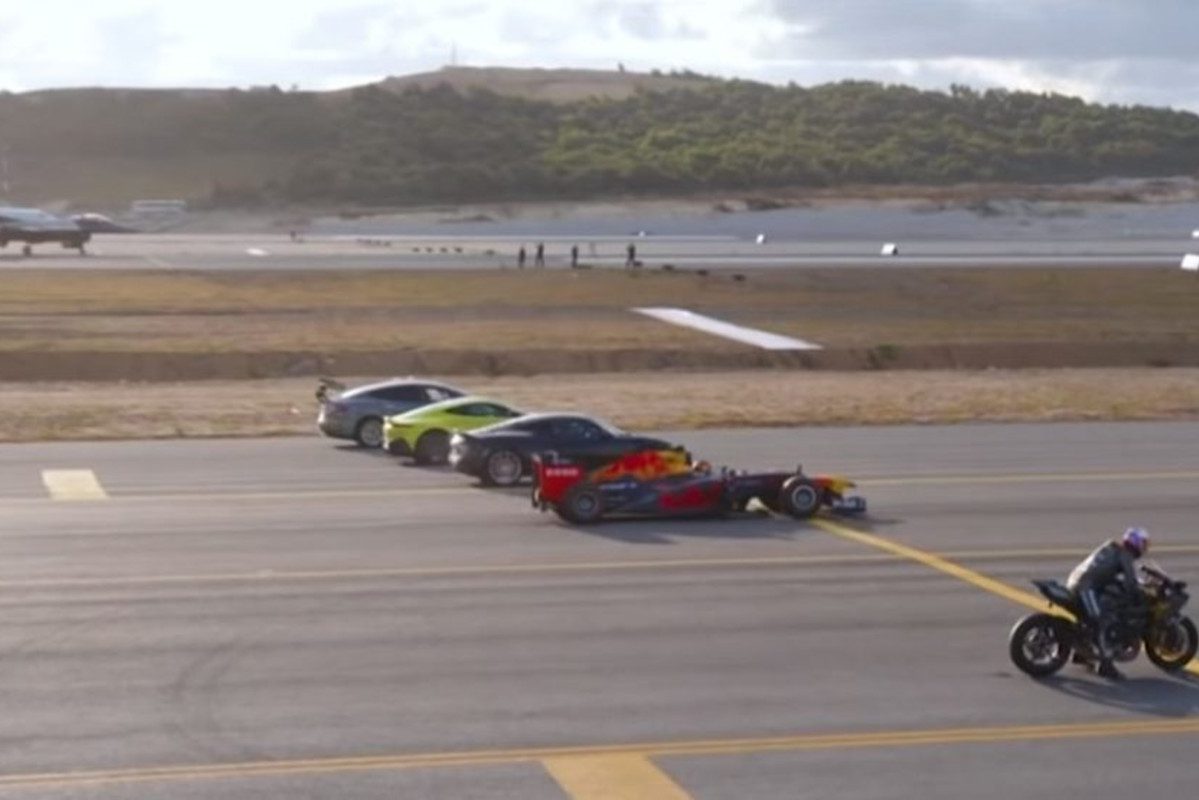 When it comes to the fastest thing on two wheels, the Kawasaki Ninja H2R is pretty much the cream of the crop. As the most powerful and fastest production motorcycle on the market, the H2R produces a maximum of 310 horsepower, boasts a top speed of 250 MPH, and has 50% more power than the fastest street-legal motorcycles.

Needless to say, the H2R is meant to dish out absolute dominance on the track, and it proved exactly that at the Teknofest Istanbul Aerospace and Technology Festival in Istanbul, Turkey on September 20. It was during this event at the Istanbul New Airport that an H2R driven by motorcycle racer Kenan Sofuoglu, a former Supersport World Champion, took on a F-16 fighter jet, a private jet Challenger 605, a Red Bull Formula One car, a Tesla Model S P100DL, an Aston Martin Vantage, and a Lotus Evora GT430.

Let’s just say that the match-up definitely made for one seriously epic drag race, and we’ve got the video to prove it.

As you can see from the footage, the Aston and the Lotus were practically toast as soon as the race began. The H2R, on the other hand, just barely edged out the F1 car by 0.04 seconds for the first-place finish, while the F-16 placed third and the Tesla eked out a fourth-place showing. The Challenger 605, which seemed to ease off the throttle a bit at the start of the race, came in fifth.

Just check out this photo finish between the F1 car and the H2R:

British racing driver Jake Dennis was behind the wheel of the Formula 1 racer, and while he has quite the impressive racing résumé at only 23, he did just about as well as he could against the H2R.