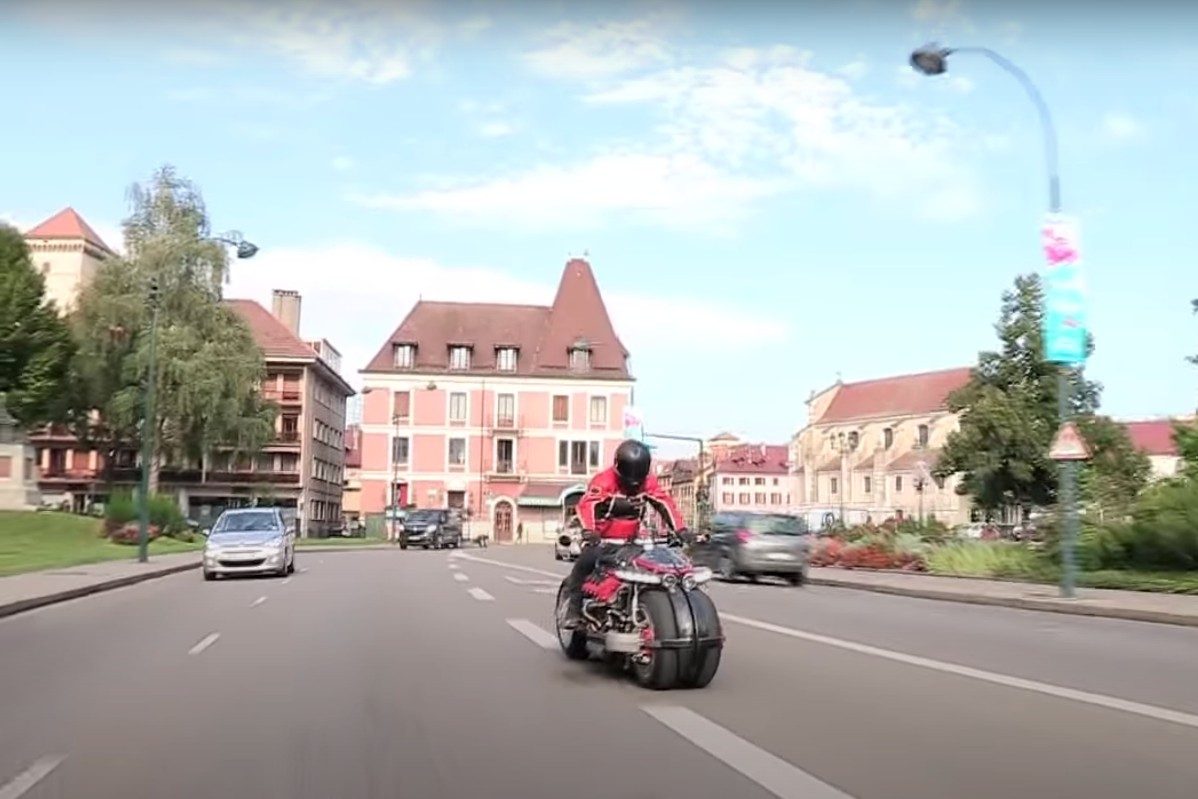 Let’s start with a doozy of a hypothetical question: Have you ever gotten off your street bike and thought, “I wish this were a whole lot more dangerous?” Ever wondered if there was a bike fast enough to let you accurately live out that whole greasy spot fantasy from O Brother, Where Art Thou? If you have, then we’ve got great news!

Someone slapped a Maserati V8 engine onto a superbike frame and called it street legal. Presumably, they then went to go see if they could incorporate a jet engine into a child’s backpack, because carpool lanes are for losers!

The demons behind the LM847 — which was first unveiled unveiled at the Geneva Motor Show in March 2016 — are with Lazareth. The same Lazareth that made a Ferrari-powered quad. Super insane people, given their track record for crafting wild machines. But, we love ’em for it!

The LM847 isn’t a true bike because it has four wheels, but they are spaced so closely together that it might as well not even matter. When it comes to the engine specs, the 880-pound beast has a 4.7-liter, 32-valve V8 engine from Maserati’s GranTurismo model that is capable of 470 horsepower at 7,000 rpm, and 457 foot-pounds of torque at 4,750. Given that power, the bike should probably have training wheels, too. Just being honest.

As far as the LM847’s other parts go, it’s a regular Frankenstein’s monster. The suspension is from TFX Suspension. Nissin is responsible for the discs and calipers up front, while Brembo provided the discs pinched by four-piston units in the back. The reverse-action levers, mirrors, fluid reservoirs, and other odds and ends are from Rizoma. Even Ducati was invited to the party, in the form of the seat and tail section of the bike, a pair of inward-facing single-sided swing-arms, and the under-slung exhausts from the Panigale.

Simply put, the LM847 is one hell of a beautiful monstrosity.