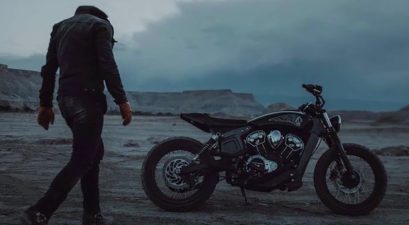 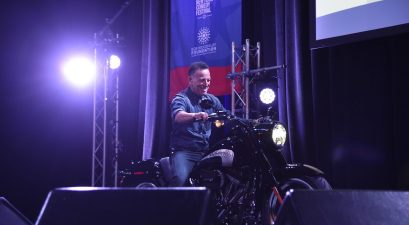 This rider doesn’t have a care in the world, as it should be. That’s what motorcycles are for, and anyone who’s been riding before knows this feeling of just vibing on the bike. Combine the peaceful ride with some music inside your helmet, and you’ll be guaranteed to have a good time, just like this guy.

These motorists couldn’t help their chuckling after seeing this rider traveling on the highway. The passenger films the event, and you can see the biker hitting some pretty sweet dance moves. They were kind of confused about what was going on at first, but soon realized he was just having some fun. He stands up on the bike, stretches out his legs, and repeatedly twists the throttle on and off. You can even see him blow a kiss to the driver in front of him at one point.

Judging by the Yamaha R6 and the full leathers, I’m going to assume this guy spends a good amount of time at his local race track, so he probably knows how to handle a bike. He was just in his own world, so much that when this driver pulled up beside him, it caught him by complete surprise. He puts his hand over his heart to signal that they scared him, and both of the occupants get a good laugh out of it.

Are you really enjoying the ride if you don’t act like this guy at certain times? We’ve all experienced the urge to dance at some point. This video got millions of views, so it’s a good thing they captured this awesome moment. I’d even go as far as saying it probably convinced a few people to get their first motorcycle. Let this just serve as your friendly reminder to suit up, put on some tunes, and go for a ride!