This Harley V-Rod With a Beastly Custom Exhaust Sounds Incredible 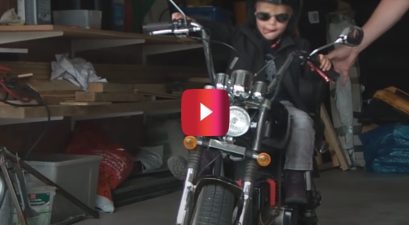 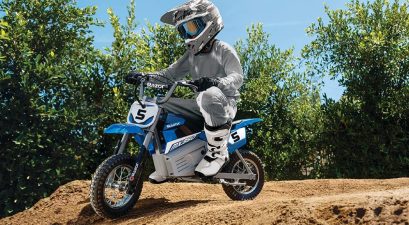 Billy Joel may have made it huge as “The Piano Man,” but the songwriter is not-so-secretly an absolute expert on the world of motorcycles.

Though most people don’t think of Joel as the ultimate gearhead, his seriously impressive motorcycle collection begs to differ with any assumptions you might make about him.

I Want to Check Out Billy Joel’s Bikes!

You really should. At any given time, he’s got over 75 items from his impressive motorcycle collection on display, along with a build and service space to keep all of his bikes in working order.

You can stroll by to check out his rare 1952 Vincent Rapide, which Joel says he finds too rare to dare ride. Instead, he keeps it here to preserve its history and its impact on modern bikes.

There’s just one thing to keep in mind as you stroll through the garden of shiny chrome: Billy Joel absolutely does not sell his bikes. Unless you happen to be rock star Bruce Springsteen, in which case, Joel will help build you a Moto Guzzi from scratch.

According to a popular tale in Tom Cotter and Ken Gross’s book Rockin’ Garages, Springsteen was so taken with Joel’s one-of-a-kind Sacred Cow bobber, he requested a Kawasaki W650 with similar specs and drive feel.

I Changed My Mind… I Want Billy Joel to Build Me a Bike!

Ok, dial it back there, Big Shot. Unless you’re Bruce Springsteen, that’s probably not going to happen. However, Billy Joel is more than happy to let you check out his collection to get some inspiration.

The cafe racers, bobbers, and motorbikes in Joel’s collection may look like retro restorations from the 1930s through the 1960s, but many of them are modern Harley-Davidsons, Hondas, and Yamahas carefully brought back to life in vintage clothing.

You see, Joel is a huge fan of the look of older bikes, but agrees with nearly ever biker that modern motorcycles perform a lot better. His on-site motorcycle shop was established to help create just that blend of classic aesthetic with cutting-edge performance.

So, all of the glittering Ducatis, BMWs, and even that Indian-built Royal Enfield on display have received the Billy Joel treatment, blending then and now to create a motorcycle collection that is both gorgeous and lightning fast.

Though Billy Joel lost a bone in his thumb to a 1982 motorcycle accident, and his private motorcycle collection was vandalized in January 2020, there’s no sign that he’s going to quit his passion.

You may be right, Mr. Joel, but this collection is CRAZY!