The World’s Most Expensive Yacht Costs a Whopping $4.8 Billion 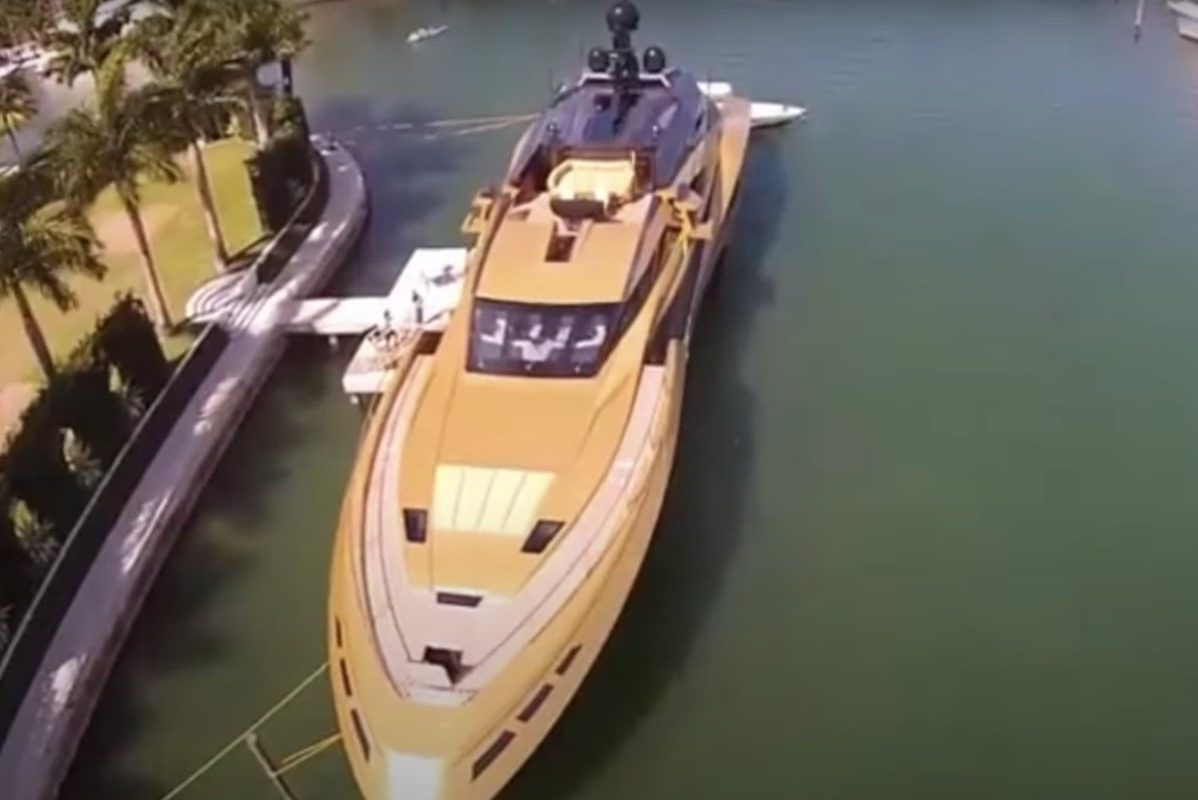 Buying a massive yacht is no easy task. In order to do so, you need to make an unfathomable amount of money. But, hey, when you got it, you got it. There’s pretty much no cooler way to roll up to a beach club or resort than to park up your massive superyacht, but these people are pretty much living the dream that many desire.

To put this in perspective, we’re going to check out a list of the 10 most expensive yachts in the world. You’ll find that there are prime ministers, royal family members, and some of the richest people in the world that claim ownership of these vessels. It shouldn’t be all that surprising, because let’s be honest, no one else could possibly afford toys like these.

The first yacht on the list, and 10th most expensive, is the 439-foot yacht Serene, which costs $300 million. Built back in 2011, this yacht is pretty popular to be rented out to big-name celebrities like Bill Gates, and it costs around $1 million per week to do so. It features an underwater viewing room, multiple swimming pools, and even a submarine. Its beautiful appearance makes you understand why it’s so popular for renting.

Named after the Sultan of Oman, Qaboos Bin Said Al Said, this yacht comes in at $300 million. Information about this vessel is somewhat limited, however, we do know that it contains a large concert hall that includes a 50-piece orchestra. It’s also capable of a 22-knot speed and has enough room to house over 200 people.

This 110-meter superyacht has a price of $320 million. Not only can it fit the 44 crew members, but it can also fit 20 of your favorite extra guests. Of course, it has amenities such as swimming pools, helipads, sauna, swimming platforms, and more. Its most unique feature is a water cannon defense system for protection against pirate attacks.

Owned by Mohammed Bin Rashid Al-Maktoum, Dubai is also one of the largest superyachts out there. It costs him $400 million, but it comes with an array of impressive amenities. One of the most unique features is the glass circular staircase, which changes colors when it’s lit from above. It also comes with a split-level owner’s deck, sun deck, and several VIP stateroom and living room areas, and all while housing a massive crew of 115 people.

This 390-foot superyacht has an extremely unique look to it, and it comes with a $440 million price tag. Built by Blohm + Voss Shipyard, it’s rumored that Russian billionaire Andrey Melnichenko is its owner. The Motor Yacht A has a 2,500-square-foot master bedroom, and enough guest cabins to hold 14 friends on top of the 42 crew members. On top of that, you’ll find a disco hall, separate 30-foot speedboat, and a gorgeous glass bottom swimming pool.

This Lürssen-built superyacht comes in at a cool $527 million. Built for owner and tycoon Sheikh Mansour bin Zayed Al Nahyan, this yacht is absolutely stunning. Terence Disdale took care of the interior design, while Tim Heywood designed the exterior. It features a large hot tub jacuzzi, multiple helicopter pads, movie theater, and even a full gym.

While Azzam may not be the most expensive yacht coming in at $600 million, it does win the title of being the largest yacht in the world, with a size of 590 feet. Lürssen Yachts are also the masterminds behind this fantastic build. It has a missile defense system and a bullet-proof master suite to keep the owner safe. The President of the United Arab Emirates (UAE) and Emir of Abu Dhabi, Sheikh Khalifa bin Zayed al-Nayan, is the lucky owner of the vessel.

Moving into the seven-figure category, this mega yacht costs a whopping $1 billion. It boasts a massive 509-foot size, and it even features small-scale models of some of Monaco’s and Monte Carlo’s most well-known landmarks. That’s not all, though. it also includes other amenities, such as three swimming pools, seven guest suites, a helipad, go-kart circuit, a waterfall, and a wicked underwater-viewed restaurant.

The Eclipse is the second-most expensive yacht out there, and it’s owned by Russian Billionaire Roman Abramovich. Although the exact cost of the superyacht is unclear, it’s believed to be around $1.5 billion. It comes with a private defense system, which includes bulletproof windows and armor plating for the master bedroom, along with missile detection sensors and intruder alarms.

With the high price of $4.8 billion, the History Supreme takes the title of the world’s most expensive luxury yacht. The 100-foot vessel is built from 10,000 kilograms of solid gold and platinum. Designed by Stuart Huges, it took three years to build this incredible yacht for Malaysia?s richest man, Robert Knok.

It’s decked out with all kinds of luxury items, including a wall made from meteorite rocks and a real T-Rex bone structure in the master suite. In this same room, you’ll also find a 24-carat gold Aquavista Panoramic Wall Aquarium. Gold and platinum yacht? Now that’s luxury!

WATCH: 4 of the Coolest Cars in The Rock?s Collection