Marvel at the story of a man who drove up to his bank, ordered a burrito, and got arrested 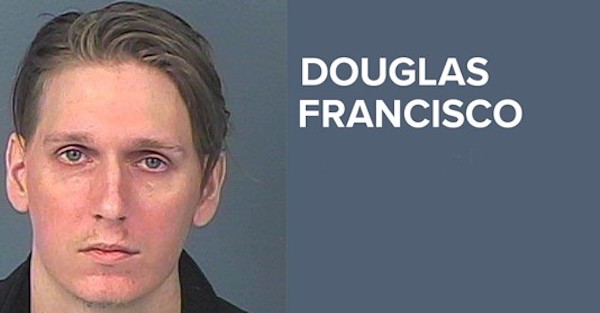 Florida man is revolutionizing the food and financial industries by proposing that the two should join together into a single super service.

The bank manager of a Spring Hill’s Bank of America found 28-year-old Douglas Francisco fast asleep in the drive-thru lane of the bank. After some encouragement, namely the bank manager pounding on the window of Francisco’s car, the slumbering driver woke up. Francisco then allegedly looked at the manager and ordered a burrito. Apparently he believed he was at a Taco Bell.

The bank manager informed Francisco of his current whereabouts and refused his request. He then drove off in his Hyundai. Police later found him in another part of the bank parking lot with his car still running.

Police reported that Francisco was visibly intoxicated and making ridiculous statements when they initially questioned. He allegedly was in possession of Oxycodone and Xanax, which he did have a prescription for. However, that didn’t save Francisco from landing a DUI charge.

Related: Cops making a DUI arrest isn’t unusual; what they say this guy was driving sure is