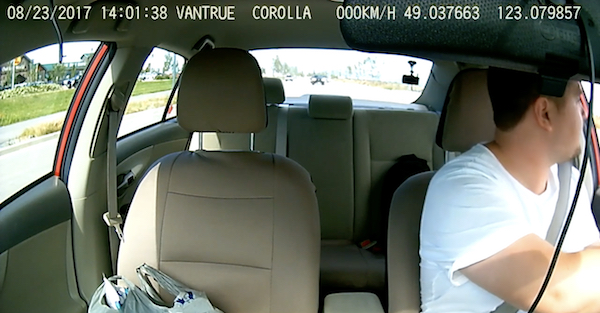 Some people are just too far up their own “undercarriage” to know when someone is trying to help them out. Props to Connelly Boyle for trying to do the right thing and letting one of his fellow drivers that her taillights were out. Unfortunately, she seemed to think that a man would only stop to talk to her if he were carrying his heart in his hands, so she actively ignored him, even though she clearly wasn’t this driver’s type.

Hopefully the local police were able to stop her and give her a nice note pointing out her mistake.

Related: Video captures a crazy road rage driver on I-75 in the Dayton, Ohio area