Video captures a crazy road rage driver on I-75 in the Dayton, Ohio area 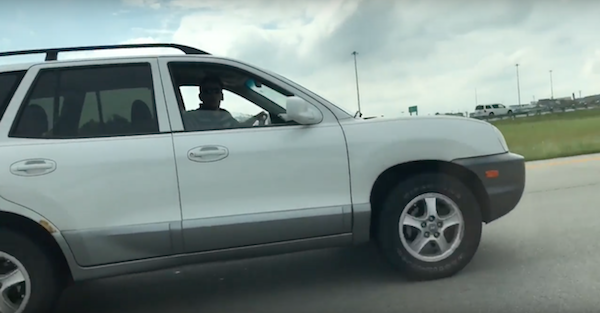 A driver on I-75 nearly caused a dangerous scene due to road rage, and another person captured the road rage on video.

A man can be seen yelling and pointing at the person taking the video, and he even tried to cut the driver off at a stoplight.

Related: Road rage turns horrific, and this time, a 4-year-old is the victim

Based on a sign in the video, the incident happened in a suburb south of Dayton, Ohio.

Whoever videoed the incident slyly escaped the road rager without something dangerous happening.

The situation could have been much worse, but luckily no one was injured.