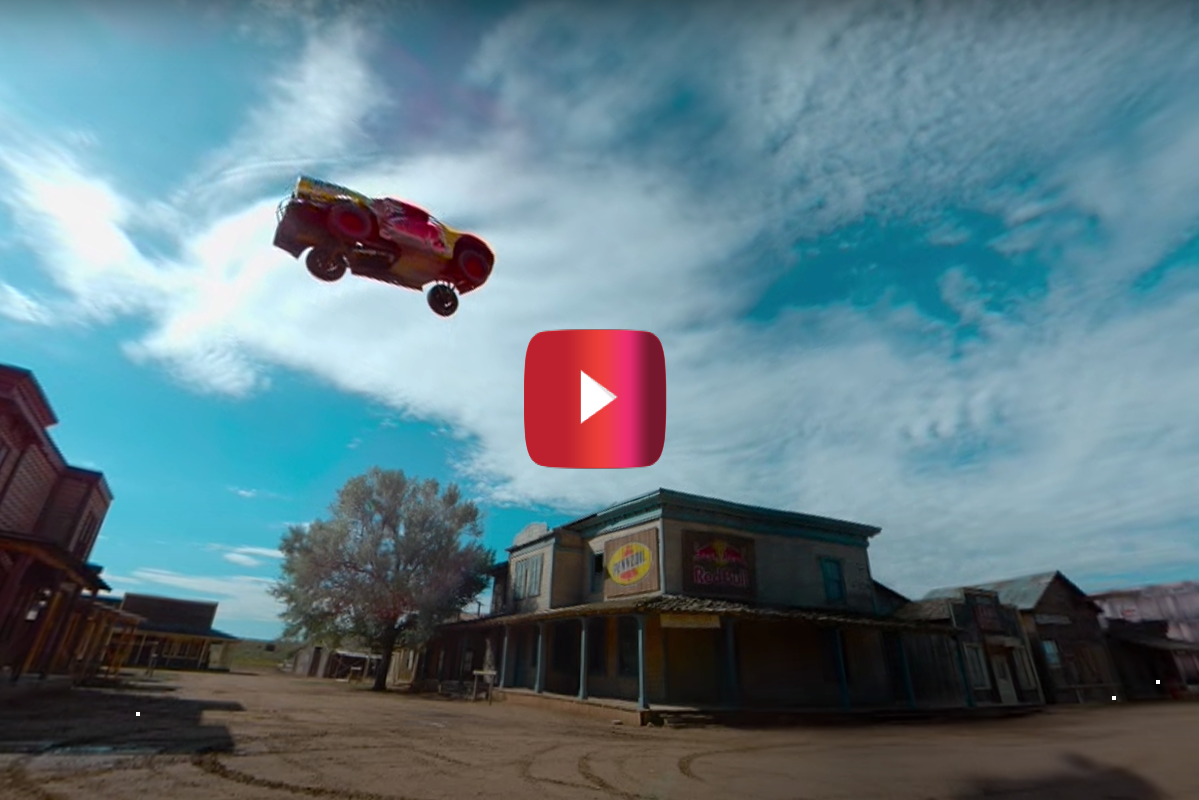 360-degree video technology is amazing. Now we have technology that enables us to see things from multiple perspectives and vantage points. This makes stunts even more enjoyable. Thanks to this new tech, we can experience more of what drivers see and feel as they’re defying gravity and putting their lives on the line.

Motorsport stunts are incredibly risky. People have been severely injured, and lives have been lost. Many pros break a bone or two and get right back to it. Modern recording technology allows viewers to experience the danger a little more closely than just as one-perspective spectators.

Bryce Menzies attempted the world record for truck jumping in Santa Fe, New Mexico in the summer of 2016. What’s even crazier than the jump is he took us along for the ride. Thanks to special cameras, viewers were able to get a 360-degree view of the stunt from every possible angle. Bryce Menzies shattered the Guinness World Record in his Pro 2 Race Truck sponsored by Red Bull.

Launching trucks is something only professional drivers (or felons) will experience. The thrill of car and truck jumps is always so great that they become either a public spectacle, viral video, or combination of both. Bryce Menzies had an entire documentary done on this legendary jump.

The fact that we got to launch with him makes it even more amazing. 379 feet is nothing to scoff at, especially for a truck. This would have been amazing to behold just as an average spectator. The 360-degree view allows us to see Menzies soaring in the air from ground level, while also getting the perspective of the driver.

Menzies had determination in his eyes when he slammed his foot on that pedal. He seemed to be completely fearless. Now that we have this technology, we can witness other amazing stunts from every perspective possible just as we did with Bryce. Hats off to this pioneer for letting us join him on this wild ride.

This article was originally published on August 25, 2017.