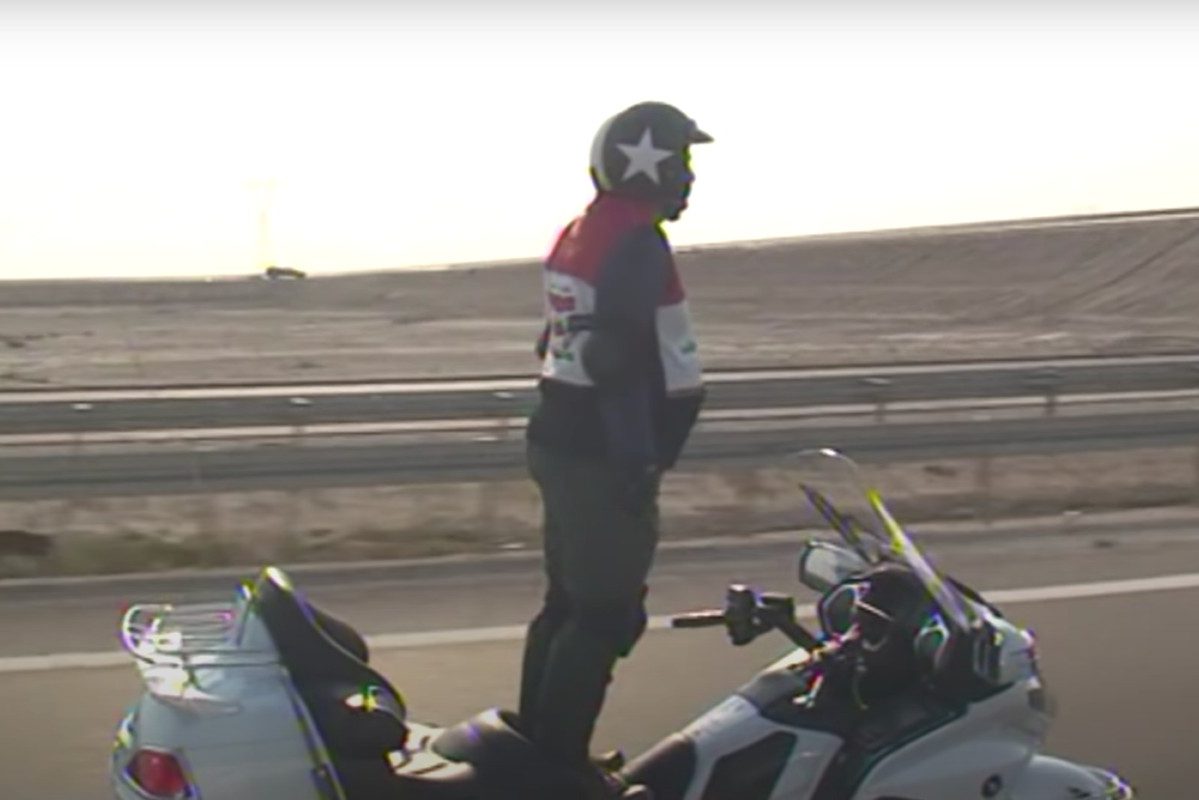 You gotta love a good Guinness World Records stunt! This time, we’re looking at Imad Harden Al Delaimi, who took home the world record for the longest continuous ride standing on the seat of a motorcycle back on August 6, 2019. Luckily for us, they also captured video of the record setter as he did this insane stunt!

Riding on a motorbike is hard enough for some people, but imagine trying to balance without any hand grip on the bars. Standing on the seat means you’re going to be battling wind and instability, while also trying to maintain your speed. By the looks of it, however, it seems he had cruise control engaged on his bike to keep the speed consistent. This guy managed to do a 25.97-mile run on his cruiser. It’s a great stunt to add to the record books.

The video takes place in Iraq, and it definitely has some noticeable points throughout the video. First of all, this guy should also get props for staying completely still, because that was impressive in itself. He didn’t move a muscle almost the entire time he was standing on the seat. Secondly, I want to point out that they did not close this road during the record attempt. No, he just went ahead and did it on a public road with a Guinness official driving next to him. You can see the semi trucks drive by after he pulls off the road. That surely must have been an unusual sight for most folks to see.

Think about how dangerous this could be if he hit a pothole in the road! One bad bump, and he could’ve been flying off that bike at around 55 MPH. It’s not the fastest speed in the world, but it’s enough to hurt. At the end of his run, you can actually see him lose his balance and fall back onto the back seat of this motorcycle. I’m not sure if that was from a bump or just the wind pushing him, but he looks unhappy after he’s back sitting on the bike. Luckily for him, he passes the distance needed to claim the record and throws his hands up in joy after seeing the thumbs up from the official.

Motorcycle world records are truly an awesome thing. I mean, they seriously have so many different types of motorcycling records. Everything from wheelies, stoppies, land speed records for the fastest motorcycle, and tons more. Someone even became a record holder for the “longest time balancing a motorcycle on head.” That’s just insanity, but I love the fact that riders go after some of these for a chance at their claim to fame. Hopefully, we’ll see some other riders try to top the current records in the near future.