There are some stunts worth watching, and this is one of them 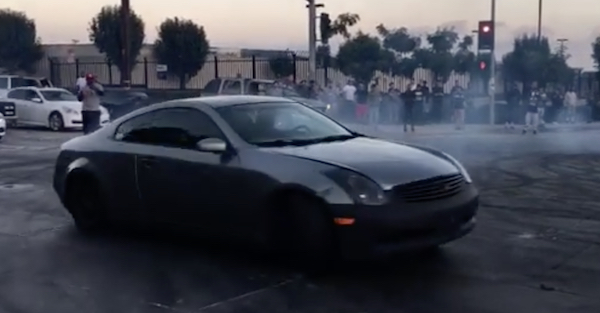 Darn it, LA. Traffic is bad enough in your city without these shenanigans.

An Infiniti G35 is taken for a literal spin around an intersection in LA, where a people have blocked the roads in all directions to stop and watch. There’s no telling how this whole thing started, but watching the video on repeat really just emphasizes how stupid and awesome this stunt is.

Related: In a wild scene, a Mustang doing donuts slams into a crowd, and gets attacked by angry fans