In a wild scene, a Mustang doing donuts slams into a crowd, and gets attacked by angry fans 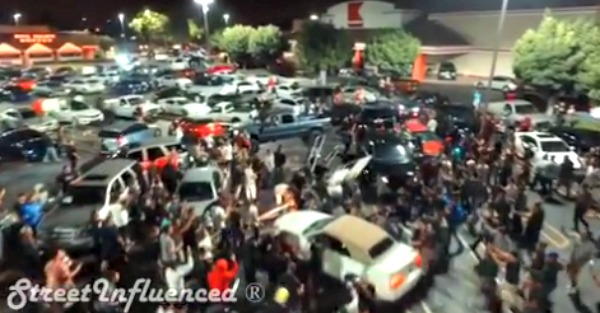 A gathering of Long Beach, CA., car enthusiasts turn frightening over the weekend when a Mustang doing donuts slammed into the crowd.

Cars going into crowd is clearly a sensitive subject given the terrorist attack in Barcelona, Spain that killed 13 people when a van plowed through a crowd on a busy street.

No one knows whether that deadly incident was on the minds of people in California, but the crowd — clearly angry — swarmed over the car.

Another angle shows people tumbling to the ground.

The gathering was arranged by The Big Bang Meets car club. according to NBC-Los Angeles. The TV station said there no serious injuries. No arrests have been made,