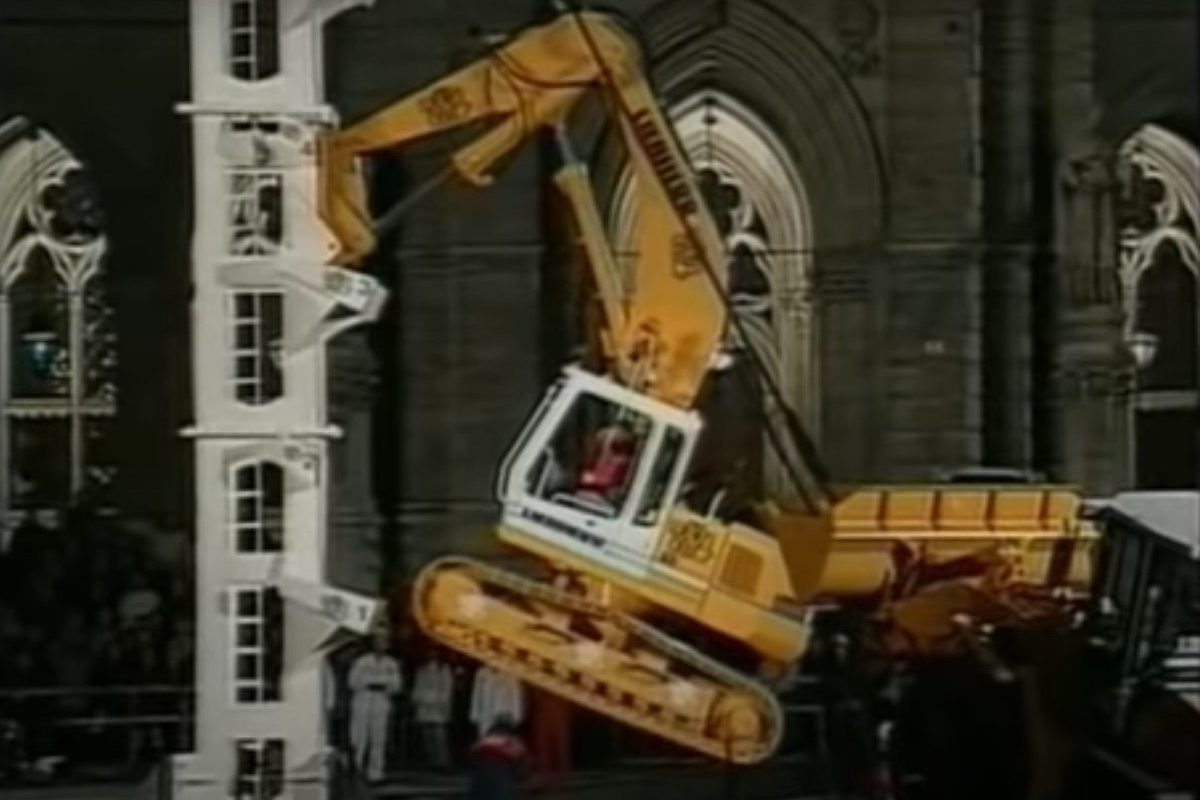 Any fans of the classic German TV show Wetten Dass?? out there? Anyone? No? Well, then you clearly missed out on some grade-A quality television. Running from 1981 to 2014, the variety show (whose title translates to “Wanna bet, that..?”), which also spawned British and American spinoffs, was broadcast live, mostly from cities in Germany, Austria, and Switzerland, and featured ordinary people performing extraordinary stunts and off-the-wall tasks.

To give you an idea of the extreme nature of the show, let’s look back on a 1997 episode during which a Liebherr excavator climbed to the top of a specially built tower in what can only be described as an insane display of guts, skill, and physical power. Just be sure to save your applause until the end, when you see what the operator does once he gets the excavator to the top of the massive steel climbing tower.

Read More: This Amazing Excavator Can Mulch a Whole Tree into Pulp in a Second

Wasn’t that incredible? If you have any experience operating heavy construction machinery, you know how much control and patience it takes to maneuver large excavators effectively. Now, throw something like excavator climbing into the mix, and even most experienced heavy equipment operators would probably just shake their heads and go, “Nah man, I’m out on this one.”

I mean, it’s pretty clear that the excavator operator has freakin’ ice in his veins to not only attempt this crazy stunt, but to do it so calmly and effectively. In fact, the guy almost looks bored during the whole thing.

It’s almost like it’s just another day on the job for this guy. And seriously, what was with that little stunt at the end?!

Ok, we get it, dude, you’re a badass. No need to rub everyone’s faces in it.