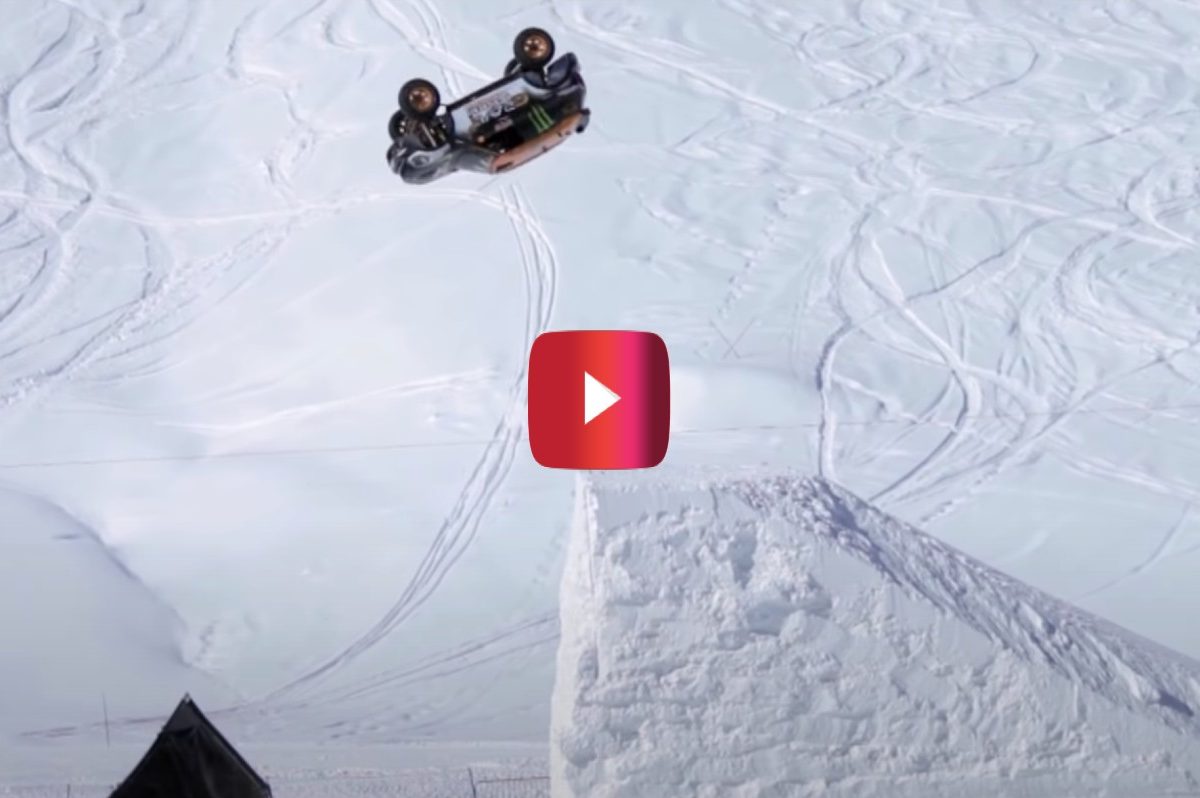 Automobiles have been pushed to their limits since their invention. Engineers, racers, and everyday drivers want to know what their cars are capable of. We’ve seen this in races, multiple television shows, movies, and magazines. We have a natural fascination with how far we can push both the limits of ourselves and our vehicles. This has created an entire industry within the automobile industry: the performance car industry. Whatever a car can do in its stock form is only a modicum of its true potential.

With the right parts, maintenance, and drivers, we’ve seen cars accomplish amazing feats throughout the history of automobiles and motorsports. There will always be someone looking to take things up a notch and show off their driving skills. Thanks to modern innovation, skilled drivers, and the internet, extreme car stunts aren’t all that uncommon in 2022. This stunt, however, is something you don’t see every day. Ever seen a car backflip? How about a car backflipping in the snow?

Check out the video below to witness greatness.

Guerlain Chicherit, a rally driver and ski champion, did what no man has ever done.

Guerlain backflipped a Mini Cooper Countryman at the Tignes French Alpine Resort. The daredevil achieved the first successful car backflip on this terrain back in 2013.

The stunt was far from the world’s first car backflip done in motorsports, but the fact that it was unassisted by special ramps made it difficult for any stunt driver. It is also important to note there is no BigAirBag Revolution present to save the Monster Energy-sponsored Countryman if things were to go sideways.

This feat was very different from a Monster Jam Monster Truck backflip. A spokesman for Mini claimed that Chicherit’s only aids to perform the stunt were “a gas pedal and a prayer” By god, Guerlain did it! He took a huge risk, but will now be cemented in history as the only driver to land this trick for the first time in the snow.

Years later, Daniel Bodin would go on to perform a double backflip with a snowmobile after this ground-breaking stunt. Chicherit’s name will go down in history along with the likes of freestyle legends like Travis Pastrana. Personally, I’d like to see what Chicherit could do with that modified Mini Countryman at Redbull’s Nitro Rallycross.

READ MORE: Finland’s Version of Jackass Brought Out a High-Powered Forest Machine for This Ridiculous Stunt