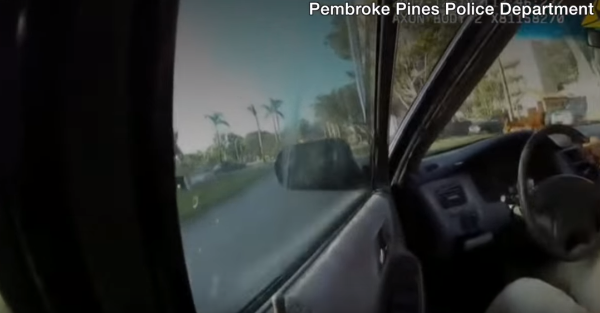 Florida police officer Jon Cusack has maybe watched one too many movies in his day. When he was called to check in on a possible overdose, he came across Thomas Cabrera and a passenger unresponsive in their car, according to ABCNews.

When he approached the car and asked for the driver’s ID, Cabrera took off, but not before officer Cusack was able to get the door open and grab a hold of the car.

As Cabrera drove away, officer Cusack remained on the door and was dragged for about a half a mile while Cabrera reportedly tried to hit trees and an emergency vehicle to get him off.

Cabrera then let go and received extensive road rash as he tumbled to a stop, but is expected to make a full recovery. His shoes had their soles completely melted away.

Cabrera led police on a chase exceeding 100 mph but was later apprehended when he got caught in traffic.