A teenager led police on the most intense slow speed chase 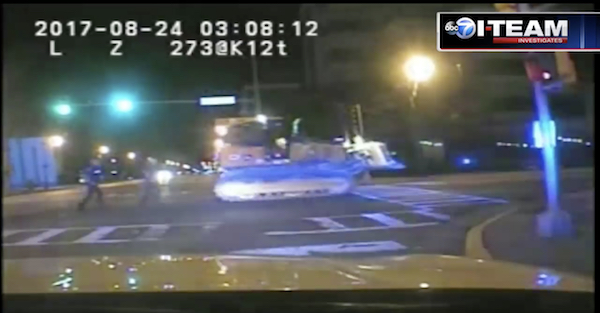 Teenagers are the worst. If they aren’t playing with their fidget spinners or riding their hover boards, they’re stealing construction equipment and driving it down the road in Illinois’s slowest police pursuit.

18-year-old Austin White allegedly stole a bulldozer from a construction site in Bradley, Illinois. The bulldozer was then taken on a tour-de-Illinois, winding up, finally, in Kankakee, where police took notice of the tractor and presumably thought, “Huh, that’s not supposed to be here.”

The slow-speed chase definitely wasn’t boring though, at one point the tractor drove over a police car, thankfully the officer can be seen running from the car moments before it’s crushed.

White was eventually removed from the tractor and is now being charged with at least six felonies, including attempted murder.

Kids are just the worst.

Related: A driver makes a dumb move to crash directly into the police