Biker Miraculously Lands on Feet After Getting Hit by Car 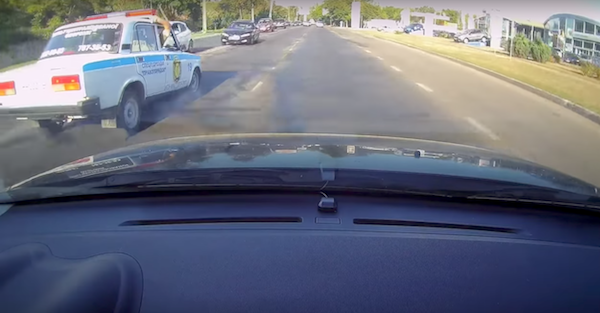 A driver caused a head-on collision by foolishly passing a car blindly and hitting a truck in the opposite lane.

A dashcam captured the crash where a sedan passed another car into the wrong lane of traffic, and the car collided head-on with what looks like the oldest active police car in existence. The car with the dashcam was also hit in the crash, though that impact didn’t seem severe.

Related: Here’s the crash and police chase that preceded the nurse being fired in Utah

The road didn’t have a median, so if the driver wasn’t paying attention then they’d have no idea they were going into the wrong lane.

Oblivious or wreckless, hopefully no one was seriously injured.