A 707 horsepower stolen car makes for a wild police chase 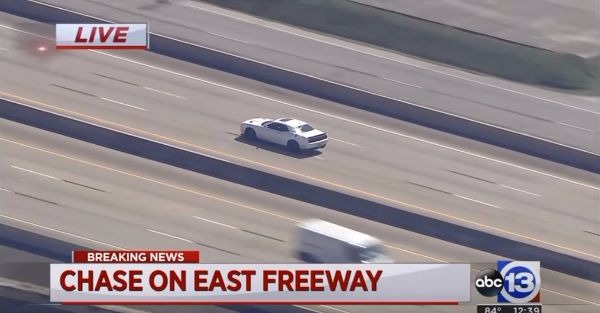 It was only a matter of time. That much power in a (relatively) affordable, and therefore (relatively) common car is going to end up in the wrong hands eventually. And when it does, you get this:

Luckily no one was hurt in this incident. It is hard to call it a chase when the car dipping in and out of traffic has 707 horsepower and the police wisely back off and let the helicopters do the tracking.

A man with felony warrants out for his arrest took the car, which was believed to be stolen, on a high speed romp through the Houston, Texas area, coming withing feet of innocent motorists at very hich closing speeds.

Luckily, 707 horses get very thirsty when sprinting down a highway, so the man eventually abandoned his car when is began to get low on fuel.

He then took to wandering around a cow pasture until the police caught up and took him down hard.

Related: A wild police chase ends in a horrible crash