A wild police chase ends in a horrible crash 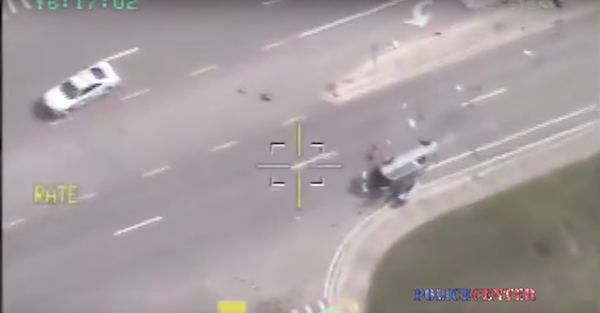 A suspect with warrants out for his arrest decided to flee from the police, which led to a police chase down a highway.

The suspect was driving a minivan, and footage from a helicopter and a dashcam show the police chasing the suspect down the road. A policeman performed a PIT maneuver, which forced the van to turn sideways and crash across the median.

Related: A teenager led police on the most intense slow speed chase

The suspect was then arrested along with a female passenger, and they face multiple charges.

Fortunately, no other cars were in the area, so the van was the only vehicle involved in the crash. The police worked quickly and efficiently in stopping the van before anyone was harmed.