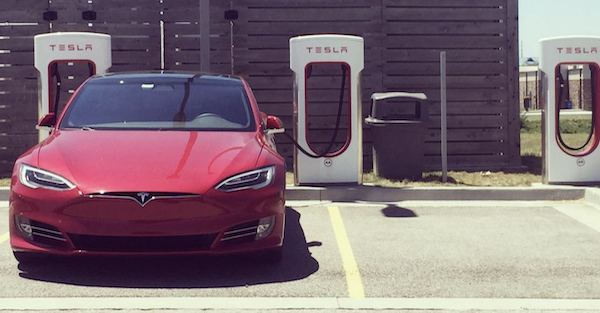 If you own a 60 kWh Tesla Model S or X and live in Florida, you may have just noticed a bump in range. No, this isn’t because you’re awesome at hyper milling your eco-sled, but rather because Telsa is trying to help out Floridians affected by Hurricane Irma.

Without announcement, Tesla sent out an over-the-air update to temporarily unlock the true 75 kWh battery in some of their models badged with a 60. These models include all of the super rare Model X 60, and any Model S 60 made after April of 2017.  This isn’t the first time Telsa has installed a larger battery than what you’d imagine just looking at its badge. Originally there was a 40 kWh Model S that really had a 60 kWh battery installed.  Software limited the car’s range and you could opt to have its limit removed at a cost.

The bump in range is about 40 miles, so this could definitely help out if you need to go a little further to escape the wrath of the storm. The temporary bump in range will go until September 17th unless Tesla deems it necessary to extend it. Tesla claims their supercharger network in Florida is up and running unless i’ts attached to a business that’s had a power failure. Their supercharger in St. Augistine, which is normally open from 9 am to 9 pm, was opened 24 hours a day during the storm. There are currently 6,550 superchargers across the nation and you can expect about 170 miles of range after just 30 minutes of charging. To complete a full charge on a 75 kWh model car it takes a little over an hour.

If you end up getting addicted to that added range that’s not a problem. Tesla will perform the upgrade at any time for an additional $2,000. Good on Tesla for helping out when they could.