Can You Figure out This Car’s Parking Spot Number? 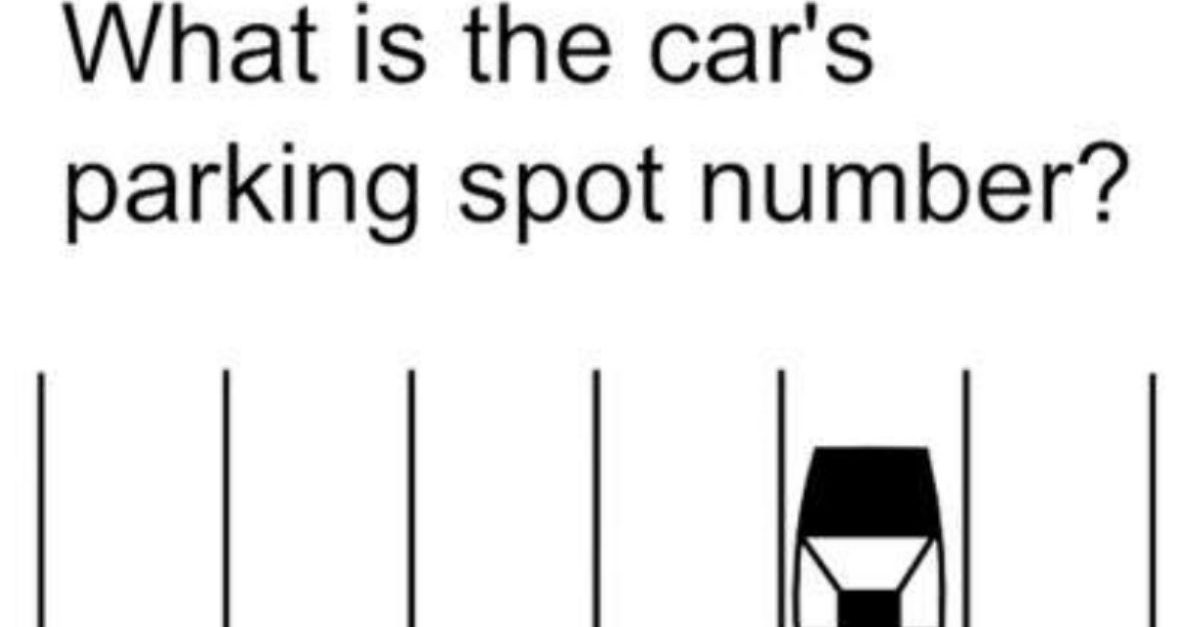 They say that the mind is like a muscle, and nothing helps to get the brain in better shape quite like a good old fashioned logic puzzle or brain teaser. If you feel like it’s been a while since you’ve tried your hand at a quality brain buster, we’ve got just the one for you. All you need to do is guess the below car’s parking spot number.

Think you can figure it out?

Now, if you’re having trouble with this one, here’s a hint: try not to overthink it. It’s all about perspective. Get it now? Take a few more seconds and really look at it. Just focus. You’ve got this.

If you guessed 87, then give yourself a pat on the back and a high five, because you’re right on the money. Unlike most numbers-based logic puzzles, this one actually requires zero math and pretty minimal problem solving. At first glance, it may look like you need to use some sort of complicated equation to figure it out, but just take a look at the puzzle upside down, and things will make a lot more sense.

According to The Guardian, this puzzle was drawn up by renown puzzle creator David Bodycombe while he was in a parking lot in Portugal more than 20 years ago.

It was published in a 2002 IQ puzzle book for Marks & Spencer and is often claimed to be used in elementary school admissions test in Hong Kong.

So, hopefully, you were able to figure this one out and prove you’re smarter than a Hong Kong first grader.