No laughing matter: Man sues claiming his idea for popular car show was stolen from him 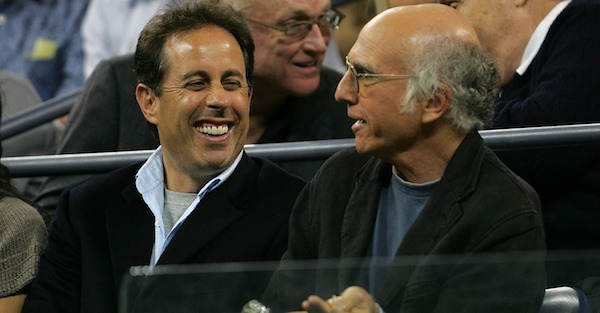 Since 2012, comedian Jerry Seinfeld has hosted the popular series “Comedians in Cars Getting Coffee.” The premise of the show is self-explanatory: Seinfeld and a famous comedian will go for a ride in a unique car, and they will go get coffee. Episodes are pretty short, but they’re often very humorous.

The show has been successful, and Seinfeld recently signed a deal with Netflix for streaming rights and a new 24-episode season. However, a TV producer is suing Seinfeld, and he’s alleging that Seinfeld stole the idea from him.

According to TMZ, producer Christian Charles is suing Seinfeld, and he said he pitched the idea to Seinfeld back in 2002. Charles said the two even shot a pilot episode for the series.

Charles said Seinfeld wasn’t interested in sharing ownership, so Seinfeld made the show without him. Now, Charles wants a “created by” credit, and he also wants financial compensation for helping create the show.

“This lawsuit is delusional,” Snyder said. “Jerry independently created ‘Comedians in Cars’ and Mr. Charles only concocted this claim after the show became a commercial success. We are confident that this shakedown lawsuit will go nowhere.”