Now Ford is looking to ax models amid sales struggles 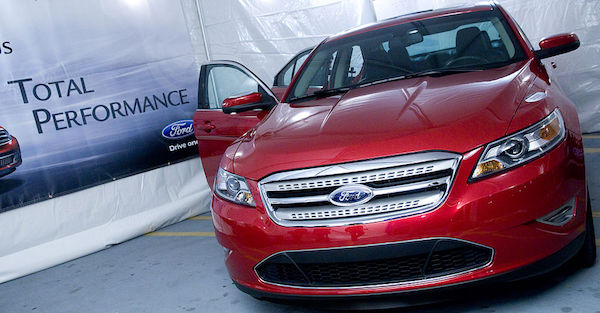 Ford is strongly considering ending production for the Taurus and C-Max Hybrid, according to a report from the Detroit News.

The report comes just days after it was announced General Motors could be discontinuing production for six different cars.

Related: Ford is sponsoring a gigantic car show to give back to Detroit

The Detroit News reported that the production could cease for the Taurus as early as the end of 2018. The C-Max, which hasn’t sold well, is expected to suffer the same fate by early 2019.

The Taurus was originally a mid-sized sedan, but Ford opted to make it a full-size sedan in 2008 in hopes of increasing sales.

The C-Max has been in production since 2003, but slow sales have prompted the company to cease production.

Ford and General Motors could be turning their attention towards trucks and SUVs since they sell better stateside. Japanese automakers have more success with sedans in America, as cars such as the Toyota Camry and Honda Accord sell better in America than sedans produced by Ford or GM.