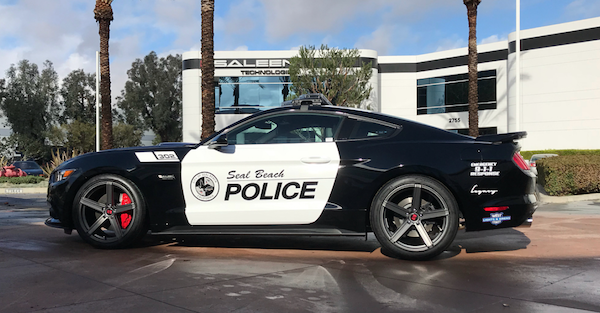 The Seal Beach Police Department in California will soon be riding in style.

According to Car Scoops, the police department will be driving a modern version of the Saleen 302 Mustang. In 1990, the town had a special Saleen Mustang, and they are getting an updated version of the car in 2018.

Saleen posted a picture of the car on Instagram with the caption, “Seal Beach PDs new interceptor. Coming soon to a rear view mirror near you”

Related: Ford is reviving the Mach 1 name in a way that is sure to anger Mustang fans

The 2015 Saleen S302 Black Label Mustang had 730 horsepower and 600 pound-feet of torque, and this version of the car is expected to have a lot of the same features.

It also is expected to have bigger brakes, a more aggressive body kit and bigger tires.

The police officers responsible for driving the Mustang will probably never want to be off duty.