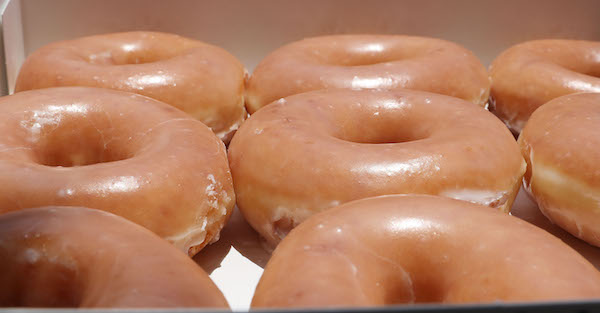 Rushing, 64. was arrested in December of 2015 during a traffic stop in Orlando. Rushing went by a 7-Eleven to pick up an employee to give him a ride home from work. Police had been staking out the parking lot after numerous complaints of drug problems there, and officer Shelby Riggs-Hopkins pulled Rushing over shortly after he left the parking lot, according to NPR.

Riggs-Hopkins pulled Rushing over for speeding and not coming to a complete stop at a stop sign, and she asked him to step out of the car once she found out he had a concealed weapons permit. Rushing allowed her to search his car when she found a few “rock-like” flakes on the floorboard.

Police conducted a field test on the flakes, and the report revealed that the substance was crystal meth. Rushing denied it and said it was doughnut crumbs, but he was still arrested and charged with possession of methamphetamine. He was held in prison for 10 hours before making bail, and he told NPR that the guy beside him waiting for the phone said he might have a good lawsuit for wrongful arrest.

“It was funny because I called my wife to tell her what happened, and the guy next to me waiting for the phone started to laugh,” Rushing said. “He said, ‘This is crazy. I think you got a real good lawsuit here.'”

Related: Florida man calmly goes on a rampage against an AT&amp;T truck

The charges were eventually dropped, and Rushing was awarded $37,500 for being arrested for the doughnut crumbs. Riggs-Hopkins was disciplined, and the Orlando police force had to be retrained on how to conduct a field test.

While Rushing probably never thought eating doughnuts would lead to his arrest, he also likely never thought he would be awarded nearly $40,000 because of his doughnut habit. I’m sure he’s probably fine with that trade off.