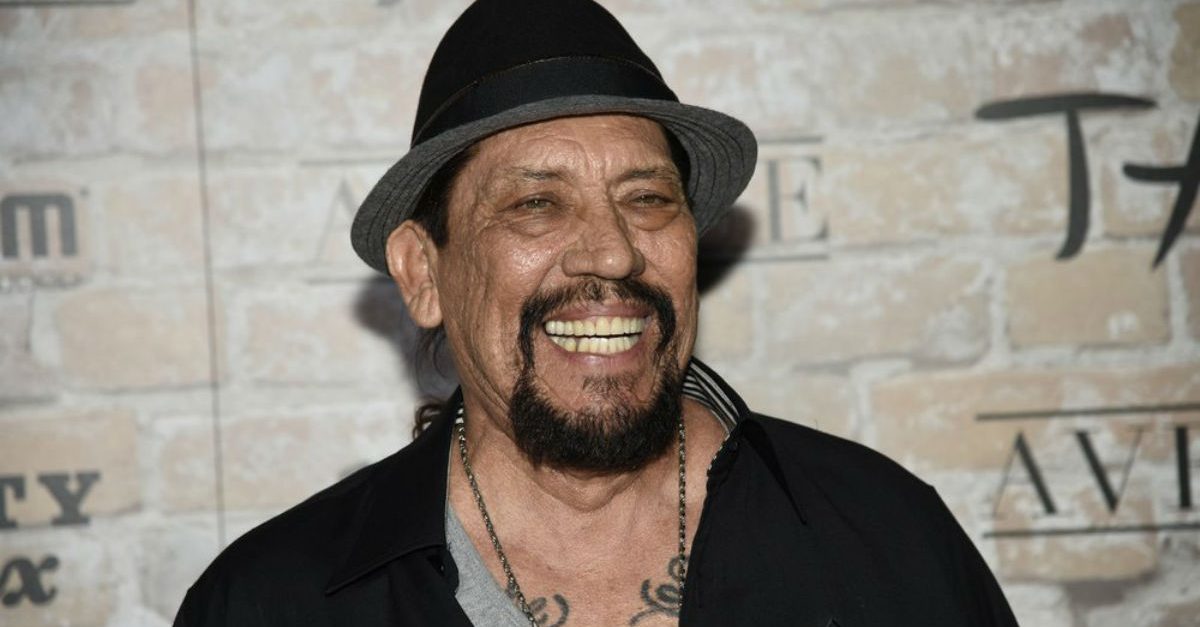 LOS ANGELES (AP) ? Actor Danny Trejo played a real-life hero when he helped rescue a baby trapped in an overturned car after a collision at a Los Angeles intersection.

Video aired by KABC-TV shows Trejo at the crash scene. Trejo says he crawled into the wrecked vehicle from one side but couldn?t unbuckle the child?s car seat from that angle. He says another bystander, a young woman, was able to undo the buckle.

Together they pulled the baby safely from the wreckage.

The Los Angeles Fire Department says three people were taken to a hospital, and there were no life-threatening injuries.

Not only is @officialDannyT (Danny Trejo) one of the nicest actors, he’s also a #hero!

He was right behind a crash in Sylmar and pulled a special needs baby out of an overturned car. He distracted the boy until grandma was OK. ♥️ —> https://t.co/tS2Za4bZVZ@ABC7 pic.twitter.com/U9iLzAkHkA

The 75-year-old Trejo, an L.A. native, is best known for playing the character Machete from the ?Spy Kids? series.