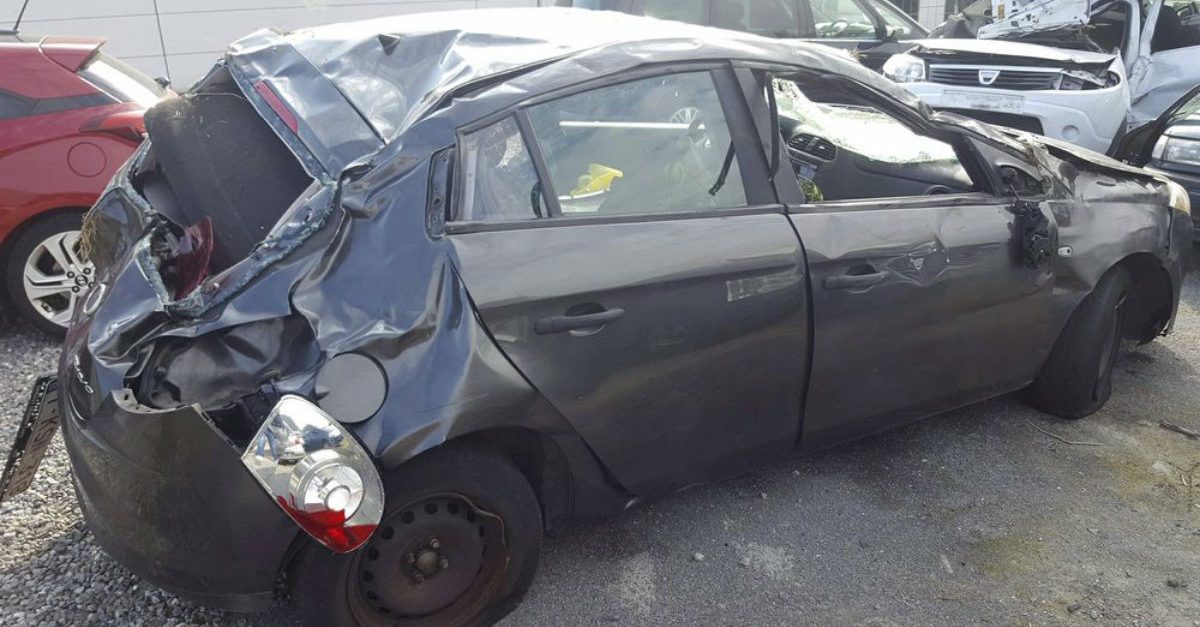 BRUSSELS (AP) ? A Belgian woman who spent six days trapped in her overturned car without food during one of the country?s hottest periods on record says thoughts of her children helped her to focus on staying alive.

Corine Bastide ran off the road and into the woods last week near the southeast city of Liege. It was only when family friends were putting up missing posters days later that they spotted the vehicle and responders were able to extract her.

From her hospital bed, Bastide, 45, told state broadcaster RTBF that during the first night entombed in her car, her cellphone rang constantly but she was in such pain she couldn?t reach it.

?The next day the telephone stopped ringing. I knew the battery had run out. I tried screaming when I heard people, but apparently no one could hear me,? she said.

Temperatures in Belgium rose to over 40 C (104 F) last week, but Bastide survived on water she collected when a storm hit.

?The heat was stifling at first. I managed to open a door with my foot. Then it started to rain over the weekend and that was nice. On the other hand, I had to sleep in water for two nights. It was cold and I was shaking all the time,? she said Wednesday.

?I tried to drink by filling up a little chewing gum box,? she said, adding that she also sucked on a wet tree branch to keep her mouth moist. Bastide said she didn?t feel particularly hungry.

?The hardest thing was lying on my back on broken glass. I tried to lift myself up but I had the feeling that my back was being ripped apart,? she said.

?I thought I would never get out,? she told RTBF. ?But I wanted to live for my children. I didn?t want them to think I had done something stupid, like kill myself. No, it was an accident.?

Read More: Toddlers Survive in Car for Days After Mother Gets Killed in Car Wreck