With brush fires approaching fast, one man knew what was important 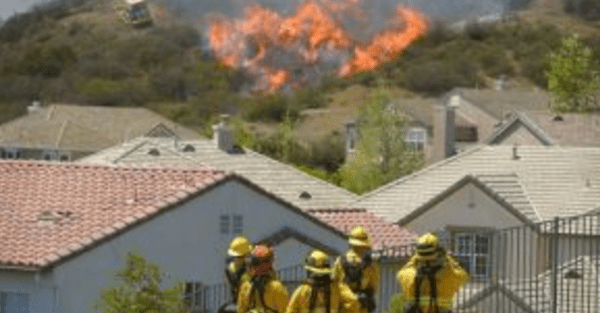 The hills above Burbank, CA., were hit with brush fires so bad, authorities ordered a mandatory evacuation because the flames started approaching homes. Here’s what the fires looked like:

Near the scene of the #Burbank #Brushfire, helicopters have been doing water drops to battle flames in addition firefighters on the ground pic.twitter.com/CKfwcq20Dw

One man took the evacuation order to heart and jumped into action by saving his — 1961 Corvette.

David Steele, who The Drive identified as the director of the American Hot Rod Foundation, caught the scene on video, adding: “Yes, when your neighborhood is on fire, you get the ’61 Corvette out first!”

“I went outside, climbed up a short ridge and saw the fire. Then I saw the guy in the Corvette, you can?t tell it from the video but he was really moving,” Steele told Autoweek.

Yes, when your neighborhood is on fire, you get the '61 Corvette out first! #burbankfires #solidaxlecorvette #61corvette

That is a man that has his priorities straight.

There are no reports of anyone being hurt and firefighters were able to stop the flames before any houses were lost.