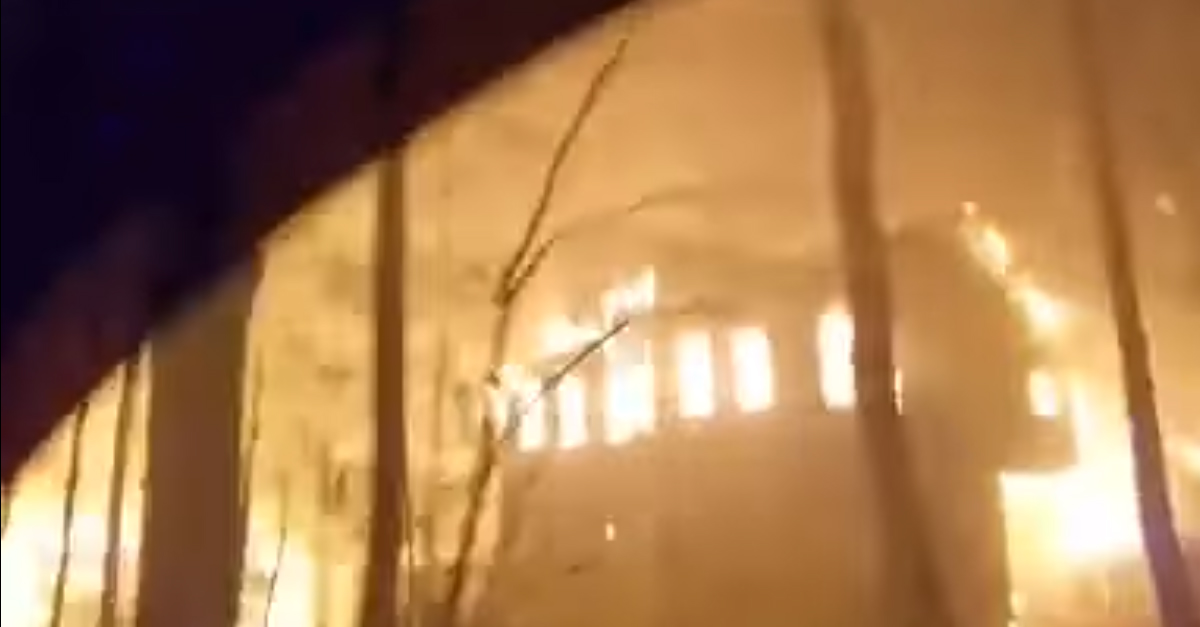 Nearly 15,000 residents of Gatlinburg, Tennessee have been forced to evacuate the mountainous southern town due to the encroachment of wildfires which have been decimating the Blue Ridge mountains of neighboring Georgia for weeks on end. This harrowing footage comes to us from a Facebook user named Michael Luciano who witnessed this fiery hellscape come to life as he and a neighbor attempted to flee their neighborhood of Chalet Village as the fires consumed cabins along with everything else around them. There’s not be a complete assessment of the total devastation because the evacuation is still in progress.