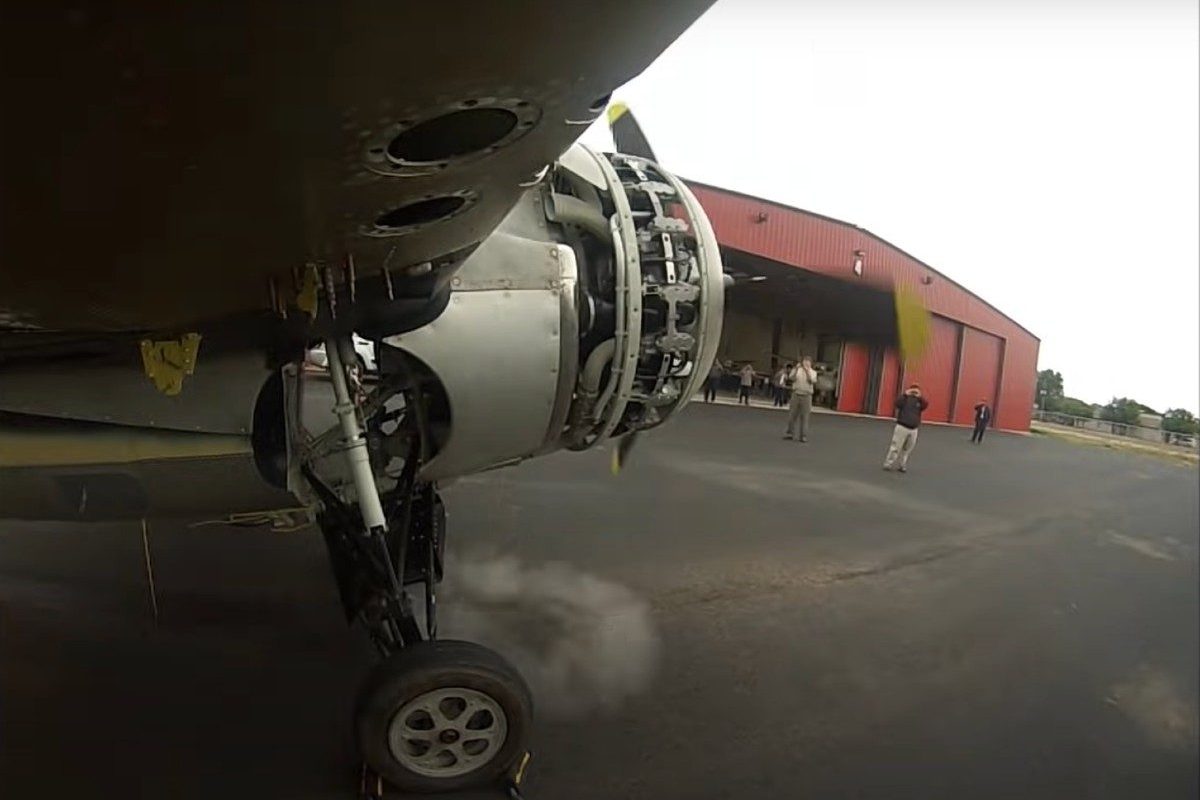 Now, here?s something you might not see every day, unless your name is Steve Rogers, and you?ve recently spent some time in the Arctic.

The gorgeous airplane featured in this video is a 1945 FM-2 Wildcat. With a wingspan of 38 feet, this plane featured a fantastically beefy engine, earning it the nickname ?The Wilder Wildcat.? It was produced by Eastern Aircraft throughout the 1940s, and there were around 4,127 FM-2s produced for the United States Navy and 340 created for The Royal Navy of the United Kingdom.

One fun fact is that Eastern Aircraft, which produced thousands of planes for the United States throughout World War II, was actually a division of General Motors. Due to the war effort, five GM factories in New Jersey, New York, and Maryland were repurposed for the creation of military airplanes instead of civilian automobiles.

Now, making the pivot from producing land-bound cars to airborne planes seems tricky enough, but there?s one feature in particular that makes the FM-2 Wildcat very different from the family sedan: The shotgun starter.

The shotgun starter got its name because it uses cordite cartridges to initialize piston movement, which cranks the engine.

In this video, you can see an original 1940s shotgun starter being loaded with 4-gauge shotgun shells that were actually manufactured in 1943. All authentic here!

The point of the shotgun starter was that it almost immediately turned the engine over. The cordite in the cartridge would explode once fired, creating a high-pressure (as in, ~1,000 psi (6.9 MPa) at ~600 ft/s (180 m/s) level high pressure) gas to travel the length of a pipe or channel. The pressure of this gas would push the piston forward. The piston had a screw thread embedded that would strike the engine and turn it over via starter ring gear. It?s definitely one of those processes you can file under ?Who Thought of That??

But, the important thing is: It works. As you can see in this video, not a whole lot of time lapses between loading the cartridge and engine action. For wartime use, when planes had to get going now and often didn?t have a ton of runway to mosey down, this was the solution that got our boys in the air quickly.