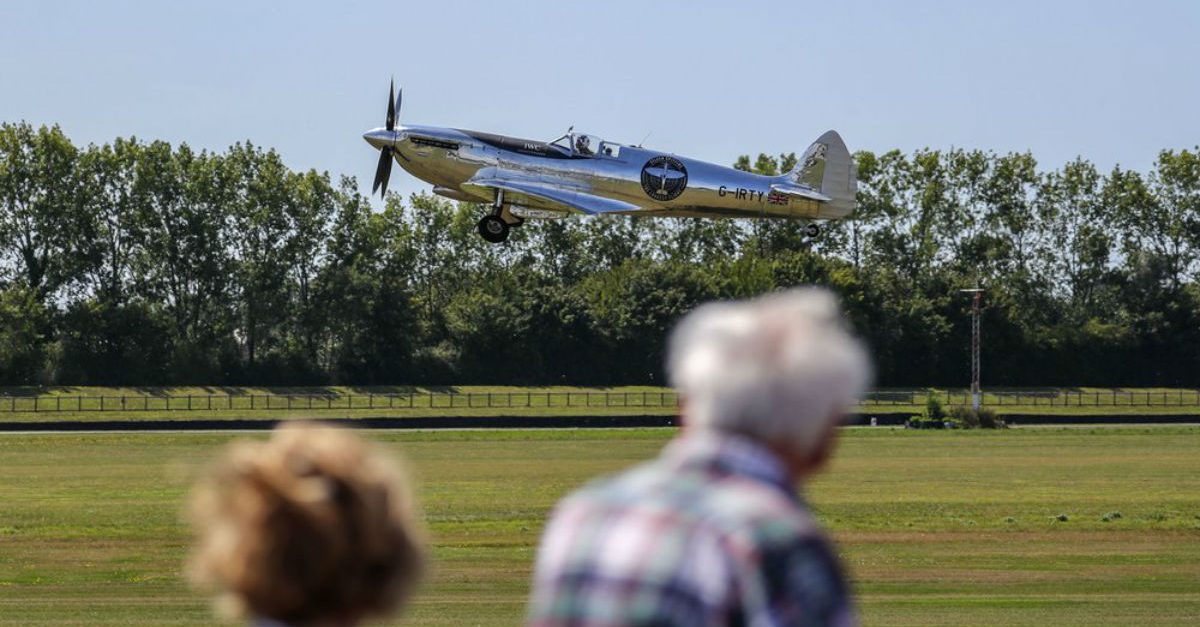 LONDON (AP) — A restored World War II Spitfire has taken off from an English aerodrome on the first leg of a planned 27,000-mile (43,000-kilometer) trip around the globe.

Pilots Steve Brooks and Matt Jones hope to circle the world in about four months with stops in 30 countries. They will take turns flying the single-seat Mk IX Spitfire, originally built in 1943, while the other follows in a chase plane.

#UPDATE A restored World War II #Spitfire took off from southeast England on Monday to attempt an unprecedented journey around the world, the two pilots aiming to fly the iconic fighter plane over some 30 countries. https://t.co/e5q6jxJOD1 #LongestFlight pic.twitter.com/0NbEZZpzCl

Brooks said Monday that his biggest worry is the weather, adding that “landing is always the tricky part.” The plane’s first stop will be Scotland, before it heads west to Iceland, Greenland and North America.

The lightweight fighter plane helped defeat the German air force in the Battle of Britain and the Spitfire has become an icon of World War II.